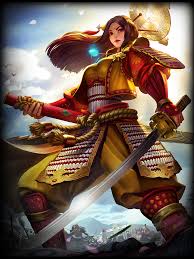 Amaterasu, a goddess of the Japanese pantheon, is a great support character who can also become an unstoppable offensive force, making the game much more intense. So, to take advantage of all that power, you need to know everything about this dangerous goddess.

Amaterasu has the ability to damage not only one enemy, but several at the same time. It also has very good mobility and the possibility of using a damage reduction shield . On the other hand, Amaterasu can be a little fragile, especially at the beginning of the match and if you have not mastered your auras yet. Always try not to be ambushed when playing with Amaterasu.

How to use skills well

Illuminating Strike: this passive ability is quite offensive. After three attacks on an opposing god, he will have his defenses reduced, making you and your allies more easily kill. Divine Presence: this aura allows Amaterasu to heal automatically. In addition, you can choose between Benevolence, which increases your movement speed, or Valor, which increases your physical attack power. These auras not only affect you, but also extend to your closest allies. Heavenly Reflection: by activating this ability, you gain a shield that will protect you from all damage suffered over a certain period of time. When the effect is over, you still throw a projectile at your opponents. The more damage you take or cause during the Heavenly Reflection effect, the more damage your projectile will do. Glorious Charge: with this ability, Amaterasu runs forward, overtaking all the minions and stopping at the first enemy god he meets - silencing him for a while. Glorious Charge is a very good ability for you to initiate attacks or as a way to escape ambushes. Dazzling Offensive: using this ability, Amaterasu jumps and makes three powerful cuts to opponents in the area of his attack. In addition, they will also be stunned.

When playing with Amaterasu, it is essential that you provide the auras corresponding to each situation for your team. Be careful, as using the wrong aura at the wrong time can be fatal. Therefore, always think about the needs of your team. During the first part of the match, Amaterasu is a little weak, however, it is possible to take a lane alone. In the second part, things start to improve, due to the exponential increase in their skills. Take advantage of this phase to break the enemy towers . In the final phase of the game, use your strong skills to carry your team , using their powerful auras and the ability to cause massive damage.