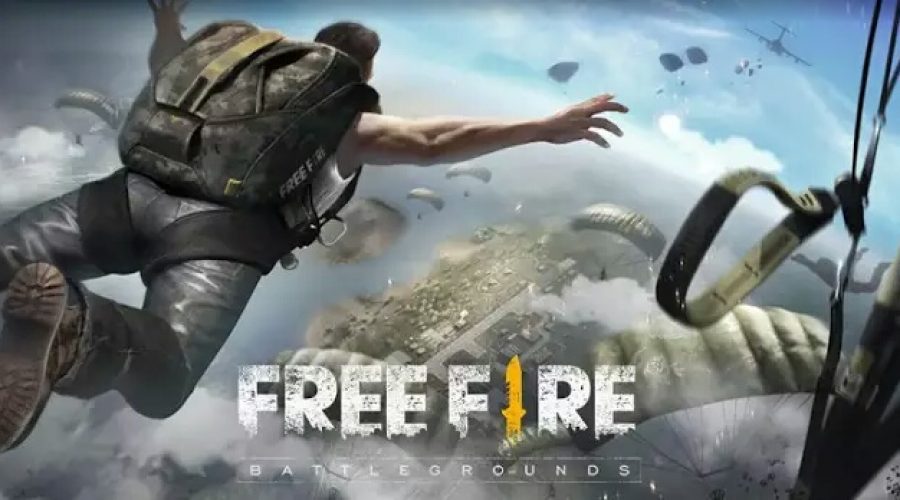 Stay tuned and learn what changed in Free Fire on 12/11/2019! The game is always being improved and updated with new modes, characters, weapons and other details. And you need to know everything to do well in the game! Free Fire is becoming highly competitive and needs new challenges and constant fixes. No one likes to be eliminated and lose the game because of a game defect. Check out everything that changed in the game, with confirmation.

- New Character: Notora - Permanent CS mode (finally, huh?) - Desert Eagle back with a really cool buff. In Contra Squad mode only. -New Advanced Weapon Extras: Rage Ammo, Biometric Sight, Hacksaw, - Reduction of 20% of the fragments necessary to reach the maximum level and adjustments in that same system - Fourth Character Slot Slot - Price reduction of all characters - Reduced the amount of Gold / Diamonds needed to level up. - Landmine has been nerfed, dealing maximum damage from 205 to 120 life. This serves to delay your opponents rather than eliminate them. - Rank mode with more elements: - Easier for new players to level up - Match Summary shows damage done by your team - Treatment Pistol shows how much life you recovered with each shot - Players can now tag items to teammates - Helmet 4 added to Drops Bug Fixes and Enhancements

- New patent: Challenging . This patent will only be available to the top 300 players in each region. The creators of Free Fire created this new patent to filter by skill even those who already took Master. - Ranked system has been improved. From the Diamond patent and above the point calculation has been refined, making losing points more difficult. - New Items in Ranked Token Shop - New item: Repair Kit. This kit allows you to repair your vest and helmet but you can carry it. - Rafael : New Character - Toxic Zone: A new random zone that damages the player's vest and when it is ruined, begins to take life. - Danger Zone is now available on the map Purgatory (casual mode) - Custom rooms allow you to change more details. - Weapons : This update has changed many details of many weapons: - New Weapon: Machine Gun. Only available in "Shooting and Popping" Special mode - Weapon type limitation on map: Only one of the following weapons will be available per match: - Crossbow - M1873 - M500 - G18 Two of the following weapons will be available per match: - XM8 - AN94 - M14 - New Elite Pass Bug Fixes and Enhancements

- New zone on map Bermuda: Bullseye or Shooting Range - New weapon: CG15 . A futuristic sniper that allows you to charge your shot for maximum damage. - New Character: Laura , the most accurate sniper using crosshairs. - New item: Radar . Use to know the next safe zone and where airdrops will fall with good equipment. - Jump along with your squad. No more messy jumping. - Added zip lines to the Bermuda map.

- Hazardous Zone . An area where you are most likely to get high-level equipment and weaponry. Yeah, inspired        by Apex.

- Music added while parachuting. You can hang up, thankfully. - Guild system improvements: Players can earn Guild Tokens by completing Guild missions; these tokens can be redeemed for exclusive items in the store; chat and logs added to the guild menu. - A new Zombie has been added to Zombie Invasion mode. Bug Fixes and Enhancements

- New Game Mode - Deadly Uprising will be a new mode where players are attacked by hordes of zombies. In this mode you can earn Bravery Tokens that can be exchanged for exclusive skins. - New character! Hayato , the Samurai with Bushido's martial power, which increases the damage the more life he loses. - New Weapon: Katana . Live by the sword, die by the sword. - New Zone on Bermuda Map: Observatory. - Soon there will be special events for the Free Fire World! - Free Fire World Missions with the possibility of winning prizes for players who complete - World Thrones will appear on all maps. Is it a real war ... of thrones? - AN94 Weapon Enhancements - VSS Weapon Enhancements - The character Misha suffers less damage inside a vehicle. - New Elite Pass Missions - Deadly Race replaced by Zombie Invasion - A giant egg in the lobby ... Bug Fixes and Enhancements

- New area on the Bermuda map! The Cemetery is a new area full of graves for you to fill. - New Character! Moco a Hacker, able to identify enemies on the map for a few seconds for the player or his team. - New weapons: the powerful AN94 is a healing weapon, capable of healing from a distance . - Optimized melee weapons - The Crossbow is more powerful just as the firing speed has gone up. - New pet system . The player can bring his pet to the game or play with him in the lobby. - Redesigned start menu. - Christmas decorations removed (finally) Bug Fixes and Enhancements

- Winter has come! The Bermuda map is full of snow, gifts and other Christmas elements. - New character: Antonio , the brave gangster - Guild Tournaments : Weekly guilds can compete with each other for dog tags. The more dog tags they get, the more rewards they can earn. - Completely redesigned ranked mode ! In addition to the new icons It is now possible to do daily quests and exchange unique items with tokens earned in the rank. - You can add a new ability of characters you have purchased, totaling three. - Players can gain fragments of characters whose ability they use at the same time. - Vests can be leveled up to level 4 - Sentosa Island has new zip lines - Smoke barrels available! Shoot a barrel and create smoke to camouflage your movements - The M249 deals 50% more damage to vehicles, ice walls and barrels. Bug Fixes and Enhancements

- New character: Caroline , the shotgun-addicted cosplayer - Purgatory maps and Bermuda with decorative Halloween - Night mode in the lobby with zombies - Redesigned M60 and M240. - Now when eliminating a player with a weapon equipped with legendary skin, a legal warning appears in the match - Emotes . Available for purchase. Tell enemies and friends how you feel or make fun of them after you eliminate them. - Custom Rooms (available soon) - Guild Awards. Prizes vary by guild level. Bug Fixes and Enhancements

- New Vehicle: Moto - New character! Miguel the elite cop. - Redesigned and improved Bermuda and Purgatory map . New zones on the Bermuda and Purgatory map have been shortened, making movement easier. - Deadly Run with Solo Mode - Special Offers: After each match a surprise box with discounted items can be drawn. - You can exchange Tokens for items. - Equipment Cards: Use different equipment indefinitely for a limited time. Bug Fixes and Enhancements

- New Vehicle: Monster Truck - New Character! Paloma , the arms dealer. - New Melee Weapon : Baseball Bat - New Gel Grenade - Players can now offer gifts to guild members or friends. - You can now comment as a spectator of a match - The profile of each player is more complete and can be consulted by other players.

- Rush Hour is back! The mode has returned with only 20 players per game, high quality loot and weaponry and much faster closing circles - Lucky Royale : Draw system that allows the player to pick up new items. The player is entitled to one free play every 24 hours in Gold Royale mode. - Skins : Now you can decorate your weaponry with really cool skins. - Gas Barrels: New item added to maps that can detonate, causing an explosion. - New character : Kia, the Muay Thai fighter - New item: loot map. Use to quickly pick up valuable loot without spending time searching. - Death Race will only be available on the Purgatory map over the weekend. - New island mini game before each match

- New Map: Purgatory . - Fire Pass open to all players. Possibility to earn items, badges and access to exclusive quests. - New Character: Maxim . - New Weapon: M500. - Radar : New way to detect players. - Tyrolean (Purgatory map only) to move around the map quickly. - Viewer and report mode available for squads. - Glory Guild System : Earn Glory points by playing with your guild. - You can expand your guild. - Ranked Guilds. - You can customize your surfboard. - Added more tires to the map to jump to taste.

- Amphibious motorcycle available. Allows walking on land and in water, with room for two players. - New Character: Misha . - New "Deadly Race" game mode : Forty players in Duo, vehicles only, trying to survive until the last team. - Mushrooms : New item that allows you to gain energy, slower but available throughout the map. Cannot be transported. - During freefall, the character can surf in the air . - New Weapon: M79 Grenade Launcher available. - You can customize your backpack. - You can customize your loot box (the box you leave when it is deleted). - You can jump out of some windows now, so show off your Parkour talent. - Disconnected players can now connect again. - Added chat in team and guild tabs.