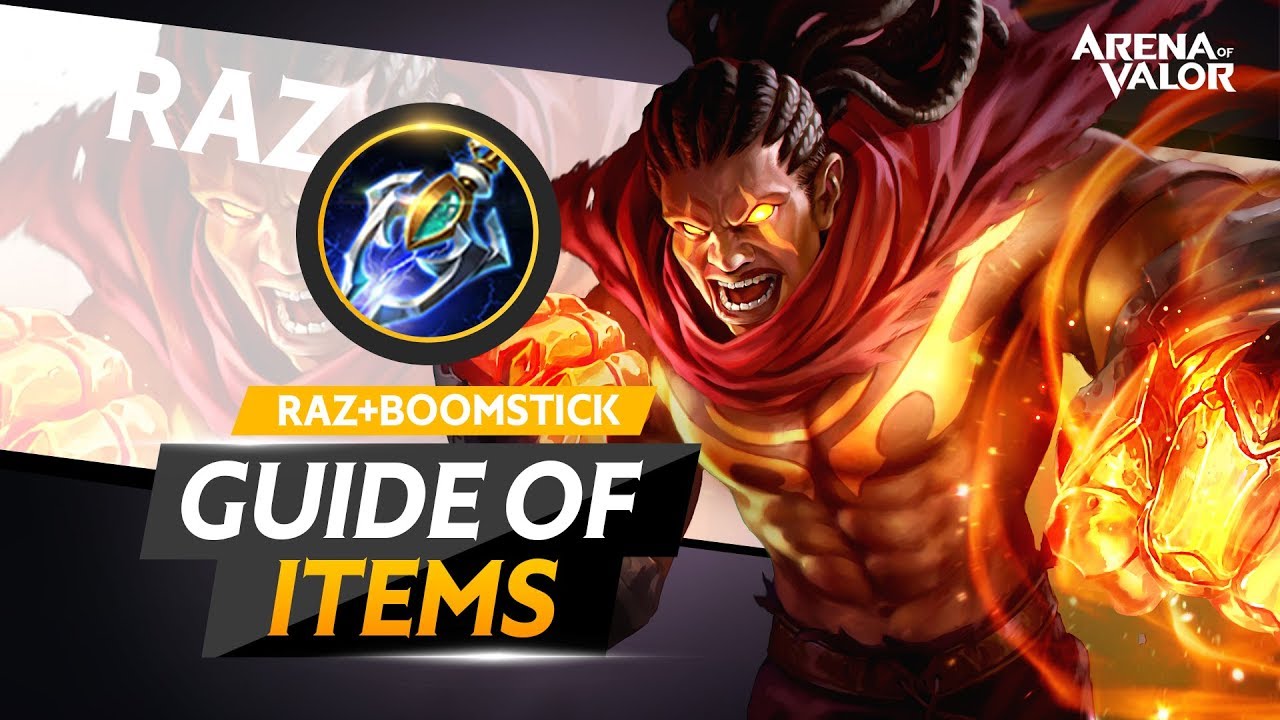 Raz is an assassin wizard who specializes in quickly eliminating his opponents with attacks that do a lot of damage. In addition, the hero has abilities that allow him to easily escape attacks launched against him. But this hero is also one of the most complex to master. Check out this guide to learn more about Raz and how to play him in Arena of Valor .

Know the skills of Raz

This passive ability puts Raz close to enemies in his second and third consecutive normal attack . The combo's first normal attack will also cause extra magic damage, stunning enemies. Working your feet is almost like a third magical skill that Raz has if you can keep combos rolling. Try to stun enemies with a normal attack and then finish them off with other skills.

When using this skill, Raz deals magic damage to enemies nearby, knocking them into the air simultaneously. This is very useful for controlling your opponents or for saving yourself from ambushes.

Raz throws a projectile that deals magic damage to all enemies in his path, also reducing his movement speed and defense against magic. This is the hero's most important skill, as it decreases his opponents' defenses against his remaining abilities. Also, by slowing them down, Cruzado Alto is very useful in ganks.

This ability deals magic damage to enemies and throws them back. The damage done is massive and the distance at which enemies are played is long. Explosive knockout is extremely useful and should be used in team battles , especially if your team's healers are surrounded.

Quick tips for playing with the wizard

It is important to choose High Crusader as your first skill, as it is with it that you can quickly attack all enemies that try to invade your lane. Second, it is useful to choose Ascending Hook especially to jump over small walls. And lastly, upgrade Explosive Knockout whenever possible, as it is the most important skill you have to quickly destroy your opponents.

The best archangels for the hero

The best thing for this hero is to bet on archangels that increase the power and piercing of magical abilities.

Also meet our super Arcana guide in Arena of Valor !