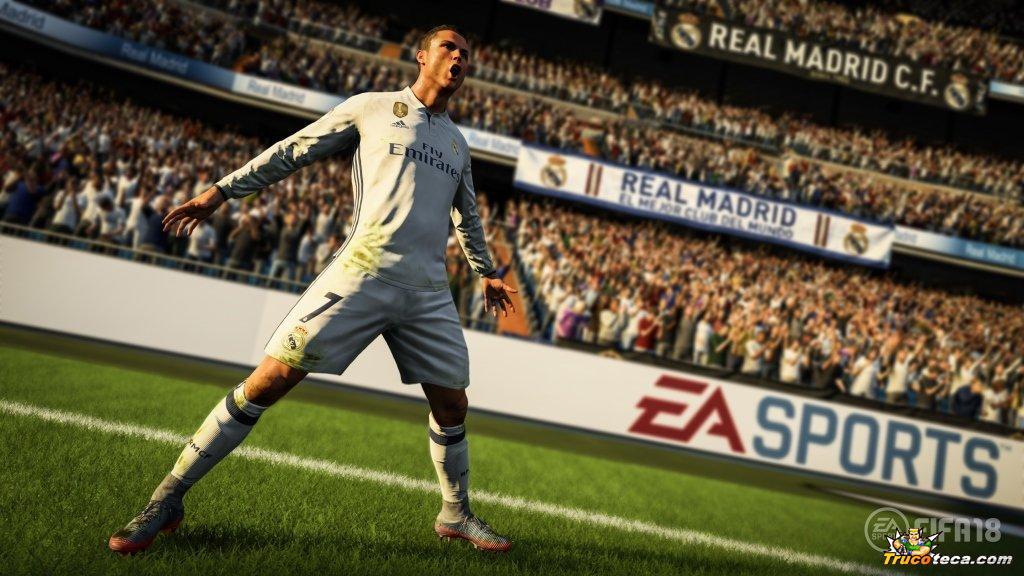 If you are a big fan of the FIFA saga, then you can not miss the new FIFA 18 for your PlayStation 4, a game that certainly improves with each delivery, and now it will not be less, and so we bring you a guide of tips and help that will make you reach the top with your favorite players.

All FIFA players know the different passes available to the game, but for those newer, or even for those who forget some, we bring you a small guide to make all types of passes available in FIFA 18. Remember that all the passes listed below should be oriented with the left Joystick towards the direction in which we want to give the pass. Short Pass: Center or high pass: To the hollow: Between the lines: + To the raised hole: + High shell: + With class: + Powerful satin: + Just as it is important to make the pass correctly, it is also equally important to receive the ball, if we want our player to go for the ball when the partner gives him the pass, then we will have to move the left Joystick with which he receives the ball. ball in the direction where the spherical is, and if what we want is to protect the ball if there is a defender nearby we must hold the .

This launch is quite powerful, it is perfect for distant shots, but it is quite effective as long as we are more than three meters from the rival area, since the throws with effect and especially in short distances are quite complicated, with this shot that we tell you we have a high probability of scoring a goal, for this we will have to press and hold , aim a bit diagonally and last but not least, to measure the power of the pitch well, so that you get an idea, since it is very useful in different distances, the firing power will go from 2.5 bars if we are at the height of the half moon to 3.5 bars if we are between 35-40 meters, it can also be done by pointing straight but the spheric will have less effect. But in addition to all this it is vital to have a good pitcher with at least 80 in POT, PLD and EFE as a minimum to be able to make these shots.

It is clear that an Olympic goal is finished well, but it is not the simplest thing in the world, but calm because with some practice we can leave our rival speechless in each corner, so we will always have to search and most importantly a pitcher That has at least 85 in EFE, it was clear since we will need to be able to give good effect. To score a goal we will have to place the yellow circle a little past the second stick, calculate approximately one meter, you have to practice a little but we will never go further than exceeding half the distance between the stick and the small area line. We will have to do two things at the same time when launching, first center, we will have to fill the four power bars with the center button, and aim with the left Joystick pointing to the goal in horizontal, to get an idea , if we take from the left we will aim at 9, while if we launch from the right we will aim at 3.

Loyalty is something very important in the world of FIFA as it happens with real-life players, depending on how they get along with the club and with the teammates they will be better or worse players, and in FIFA we will have to increase the loyalty of our players to be able to get the best possible performance from each player, for this we will have to perform certain actions, the first of all will be to play 10 games with the players we plan to use, for now we tell you some tips that you should know. Changes: It is obvious but if we always play with the 11 owners, the rest of our squad will not have loyalty with the team, so if any player is expelled or lexed and we need a change, the whole team will be dragged by the change that enters without loyalty, so it is advisable to have the 10 games with some extra changes. Contract cards: We will have to plan them so that we never miss them, since if we don't have it, they won't be able to play Coach: You can play without him, but we already warn you that it is crazy, every good team has a good coach, and FIFA will not be less, and also if we sign the coach in order to plan contract cards, our mister will have a few. The trick to increase the loyalty of the players a little more, is to make changes, we have three changes in each game, and even in the 90th minute we will have a total of 14 players who have left the field, which will increase the Loyalty of the changes, if you look closely in many games we will see how people make changes a bit strange, and the reason is simply to increase the loyalty of their team. Remember that each change consumes a contract letter. It also has offline matches against AI, so if you need to go up before facing players this is a very good idea.