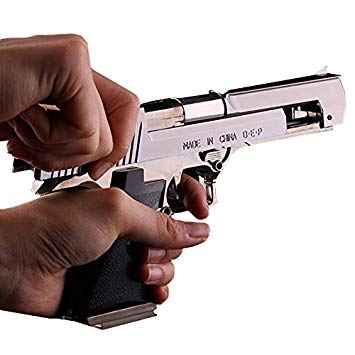 Guns of Boom is a game with a lot of action and fantastic moves. There are very skilled players who are capable of killing anyway! In this list, you will see the best kills with shotgun, grenade, sniper and even knife. There are also those who manage to make several court kills in the same match. Check it out yourself!

1. Shotgun on the farm

The Redneck Gamemaster gamer has a very effective mastery of distance using a shotgun. Notice how he moves inside the match, using the different protections to not expose himself too much, even at close range and getting some really cool kills.

The frantic shotgun (Beserker) is a fantastic weapon. Watch the iChase player using different weapons, but preferring to use the powerful shotgun to eliminate enemies without mercy or mercy.

Couldn't you shoot the enemy down? Use your knife. Observe the Cyanex player and his ultra-fast reflexes using the knife on an enemy that has come too close. Despite being rare, the knifekill is worth many points.

4. An entire game without dying? Impossible ... or not!

An absolutely legendary game for the gamer PunkScott! Mastery of several weapons, especially the heavy machine gun. He manages to make the entire match without being eliminated once! Note the positions and how many dressings he uses.

An absolute record of the player killingMACHINE at the Christmas event. He gets 33 kills without counting the assists! Very dynamic and well positioned on the map, he won the match practically alone.

A demonstration of the Traidora shotgun which, despite having only two ammunitions per magazine, compensates for its great damage. The InFamous gamer manages several killstreaks and perfectly masters the shotgun game, using it in blind spots, doors and other locations.

Grenades are very important in Guns Of Boom. And the Gaming-Grizzly gamer demonstrates this by using grenades for both defense and attack on various maps.

The Weazy player takes advantage of the best locations on the different maps to use his sniper, achieving many eliminations in a row. Notice how quick he is to change weapons depending on which part of the map he goes to.

9. The Power of the Scout Sniper Rifle

In this montage, you can see the best tactic to play with the Scout sniper on different maps. The Scout is a powerful weapon, but slightly slow to acquire a target. However, it is lethal in the right hands.

10. Top 5 Quadrakills in Guns Of Boom

In this video published by the game's creators, you can see the top 5 quadrakills in Guns of Boom. Notice how speed is super important in all these moves. Improve your skill with our Guns of Boom tips . Maybe one day we will put a video of you on one of our lists! Discover the best weapons in Guns of Boom! The Lorem Ipsum generator feature of the online HTML editor fills your document with gibberish text which can be used as a placeholder until your final content is ready.