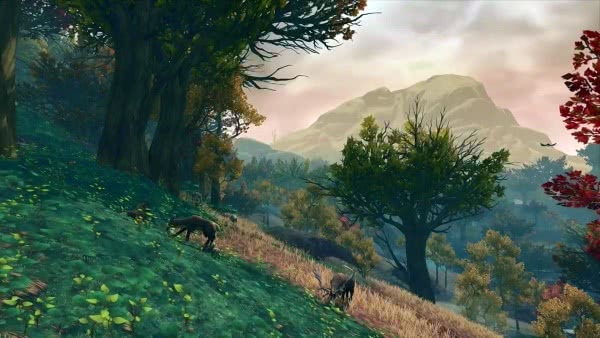 In World of Warcraft: Battle for Azeroth , you'll be able to explore six new zones spread across two continents, Kul Tiras and Zandalar. Discover the new areas and what to expect from them in this new adventure in Azeroth!

This continent is very dark, with witches practicing ancient Druidic magic everywhere. Therefore, you will most likely encounter creatures resembling animated trees roaming the territory and terrifying the inhabitants.

It is here that the port is located where all the boats pass to be blessed by the Priests of the Sea. It is this ritual that strengthens the ships that makes the Alliance seek the friendship of the priests. This particularly mysterious area has a strong nautical theme, with its buildings built in the shape of boats and a fortress where the Priests of the Sea live, pray and purify themselves. Players will encounter a curse within the community and will face it in a five-person dungeon located in the fortress.

Originally, a long time ago, Drustvar was inhabited by a group of robust beings called Drust. However, most were defeated by humans who exiled these beings in a city frozen in time, where an effigy is in the center, protected by strong magic. The community persists as spirits who are trying to return to the world of the living to take revenge on those who stole their land. In addition, the area is infested with witches . They fuse souls into wooden figures who act like their lackeys and cut their own throats to become ultra-powerful. Players will have to break into Lady Waycrest's mansion, a dungeon for five, to free the bewitched zone.

An area full of pirates and bandits with the capital Bolarus, a maximum level dungeon that players will have to take. The section of the human-dominated city is led by Katherine Proudmoore, Jaina's mother, who will assist players in their adventures in that area. The humans from Estreito Tiragarde are also known as excellent hunters of sea monsters .

Zandalar is a land full of primitive animals and ruins, where you can find Trolls and dinosaurs. The area is also under the protection of the ancient gods worshiped by the Zandalari, the Loa's.

This area was created looking like a lost world covered in swamps . It includes a place where the Titans did experiments and that you can explore. Death Loa, Bwonsamdi, plays an important role in Nazmir, offering missions to players in the Necropolis. Players will be able to visit an underground five-person dungeon loaded with Bloody Trolls.

Here, you will find the capital of the continent Zandalar and the only safe place in the region , ruled by King Rastakhan and Princess Talanji. You will be able to explore two dungeons: Atal'Dazar, an old cemetery of Zandalari gods, and Descanso dos Reis, an ancient tomb of Troll kings.

Vol'dun is a desert usually inhabited by criminals exiled from the Zandalari community. Here, you can create alliances with Vulpera, a race of humanoid foxes, or with Sethrak, a species of human serpent. Players will be able to explore the Temple of Sethraliss dungeon. Browse great content about HTML coding in our blog section. You will find great tips on how to implement user-friendly features in your website.