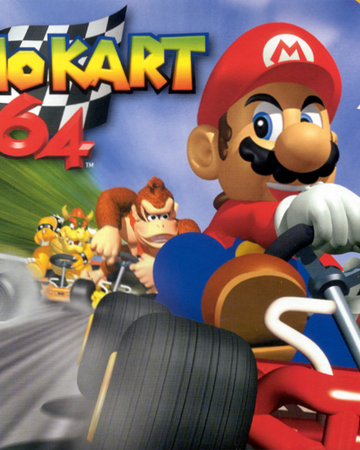 Inverted circuits: If you manage to arrive first and get the 4 gold cups in Mario GP 150 cc mode, you will get access to a new option that will allow you to go through the 16 usual circuits, but in the opposite direction. The ghosts: To get the ghosts out on the tracks of this game, you must make a minimum time in Time Trial mode. Then you have some of the times you must overcome: Luigi raceway: 1:52:00 Mario raceway: 1:30:00 Royal raceway: 2:40:00 Extra mode: This game mode will only appear when you get the gold cup in the four cups (Mushroom Cup, Flower Cup, Star Cup and Special Cup) in the displacement of 150 cc in Mario GP mode Once you've won the cup Extra, you'll see how the background of the title screen has changed. Ghost Rival: Compete in Time Trial mode against a ghost character You have to enter Time Trial mode and run a race on any circuit. During that race you will not be able to hit yourself (against the obstacles of the road) and you will not be able to pause (pressduring the race). If it goes well, you will have to repeat the race (choose the Retry option in the menu that appears at the end of the race), and you will see how a phantom rival appears just like you. This opponent will make exactly the same route you followed in the previous race and will disappear if you pause (press ). Record time on the Wario track: At the beginning wait for the other opponents to advance, then you should be at the beginning in the middle of a stop, jump in to the wall on the left and pass to the other side. With this you will trim as 30 seconds or more. Take the curves: The fastest way to take a curve is to do it skidding throughout your journey. To do this you have to press the control left or right, according to the direction of the curve, and without releasing it, press. While you keep the button pressed you will skid. Turbo: There is a way to get turbos in Mario Kart 64 while giving a curve. When you are making the curve make the skid withand as you take the turn quickly move the stick from one side to another and you can see how the smoke from your tires turns white, then yellow, until it turns red; At this moment you let goand you can see how your character celebrates as if he did it with a normal turbo. Vehicles and characters: In the game you have the possibility to choose between a good number of different riders, each of them with their own qualities. You should always use the one with which you see that you get the best results, however, we advise you to try to control Donkey Kong, since this is possibly the most complete corridor in all its aspects. Turbo speed: You have to press the accelerator at the moment when the second red traffic light turns off and is about to turn on the blue light. If it goes well, you will see how your character is thrown forward as if you had used a turbo. The tables on this website are converted with the Div Table online tool. Please subscribe for an online HTML editor membership to stop adding promotional messages to your documents.