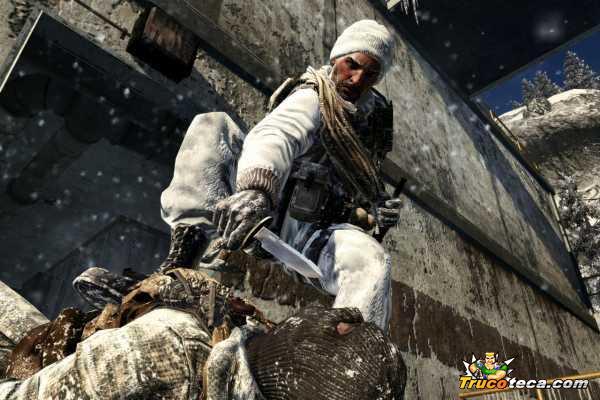 Go to the main menu and repeatedly press the point and shoot buttons (if they do not work by pressing repeatedly, try pressing them alternately ... first one and then another, so all followed). You will end up getting rid of the interrogation chair. When you get up, turn around and go to the computer to access it. Put there the following codes. DOA: Activate Dead Ops Arcade mode. 3ARC INTEL: Unlock all intel in the game. 3ARC UNLOCK: Unlock Dead Ops Arcade and Presidential Zombie mode. ZORK: Unlock «Zork I: The Great Underground Adventure». HELP: This cheat / trick of Call of Duty: Black OPS shows a list of system commands in the terminal and access to the pentagon's e-mail. DIR: Trick / ramp that shows a list of audio files and photos that you can open with the CAT command (example: CAT NoteX.txt). WHO: Displays a list of login names to use with the RLOGIN function (but requires a password). CAT: Trap / trick used to use in the code «DIR». FOOBAR: FI FIE Friends of the Earth.

To unlock zombie mode, you have to finish the game. You can play with characters like Nixon, Castro, Kennedy and McNamara.