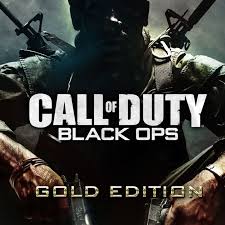 Zombie Mode: To unlock zombie mode, you have to finish the game. You can play with characters like Nixon, Castro, Kennedy and McNamara. Codes for the console: Do not confuse with those that are entered in the game computer (see below), since these are entered in the console that appears when you press the T key. Cross the walls: noclip God mode: God Easy mode: easy Normal Mode: Normal Hard Mode: Hard All ammo: ammo All weapons: weapons No enemies: removeai Codes: Go to the main menu and repeatedly press the point and shoot buttons (if they do not work by pressing repeatedly, try pressing them alternately ... first one and then another, thus all followed). You will end up getting rid of the interrogation chair. When you get up, turn around and go to the computer to access it. Put there the following codes. DOA: Activate Dead Ops Arcade mode. 3ARC INTEL: Unlock all intel in the game. 3ARC UNLOCK: Unlock Dead Ops Arcade and Presidential Zombie mode. ZORK: Unlock «Zork I: The Great Underground Adventure». HELP: Displays a list of system commands in the terminal and access to the pentagon's e-mail. DIR: Displays a list of audio files and photos that you can open with the CAT command (example: CAT NoteX.txt). WHO: Displays a list of login names to use with the RLOGIN function (but requires a password). CAT: Used to use in the code «DIR». FOOBAR: FI FIE Friends of the Earth. CIA system data, user ID and passwords: Use the computer to access the CIA data system, you can use the following login IDs and passwords. After logging into an account, you can browse through each user's particular files using the DIR command or read the messages with the MAIL command. Alex Mason's user account, (you already entered the first time you used the terminal). User: Amason - Password: PASSWORD The user account of Bruce Harris. User: bharris - Password: GOSKINS The user account of Don King. User: dking - Password: MFK The user account of Dr. Adrian Smith. User: Asmith - Password: ROXY The user account of Dr. Vannevar Bush. User: vbush - Password: MANHATTAN The user account of Frank Woods. User: fwoods - Password: PHILLY The user account of Grigori «Greg» Weaver. User: gweaver - Password: GEDEON The J. Turner user account. User: jturner - Password: CONDOR75 The user account of Jason Hudson. User: jhudson - Password: BRYANT1950 The user account of John McCone, Director of Central Intelligence 1961-1965. User: jmccone - Password: BERKLEY22 The Joseph Bowman user account. User: jbowman - Password: UWD The user account of President John Fitzgerald Kennedy. User: JFKennedy - Password: LANCER The user account of President Lyndon Baines Johnson. User: lbjohnson - Password: LADYBIRD The user account of President Richard Nixon. User: rnixon - Password: CHECKERS The user account of Richard Helms, director of the CIA from 1966 to 1973. User: rhelms - Password: LEROSEY The user account of Richard Kain. User: rkain - Password: SUNWU The Ryan Jackson user account. User: rjackson -. Password: SAINTBRIDGET The user account of T. Walker. User: twalker - Password: RADI0 The Terrance Brooks user account. User: tbrooks - Password: LAUREN The user account of William Raborn, director of the CIA since 1965. User: wraborn - Password: BROMLOW Unlockable Zombie mode maps: Dead Ops Arcade: Play the game Dead Ops Arcade. Der Riese: Requires a unique code that includes the armored and Prestige editions of Call of Duty: Black Ops. Pentagon Map: Complete Campaign mode at any difficulty level. Kino Der Tote: Available from the beginning. Nacht Der Untoten: Requires a unique code that includes the armored and Prestige editions of Call of Duty: Black Ops. Shi No Numa: Requires a unique code that includes the armored and Prestige editions of Call of Duty: Black Ops. Verruckt: Requires a unique code that includes the armored and Prestige editions of Call of Duty: Black Ops. Trick to activate having all weapons and infinite ammo. Problems: We will run a little slower than the others. It will take a little longer to recharge. Advantages: Pressing the weapon change button will all be in our arsenal. We will not run out of ammo. To activate the two tricks, although in reality it is only one: 1. Wait for the first batch of dogs to arrive. 2. Select the simple gun 3. Search for five Nazi flags and shoot once on each flag, right at the Nazi swastika symbol. 4. This has to be before the dog round is over. 5. It is imperative that no dog kill you or it will not activate. 6. Once done, wait for the second round of dogs and repeat all of the above. Point by point. 7. If you have done the process well both rounds of dogs, you will feel a laugh as a child and you will have all the weapons and ammunition butt and burst zombies. 8. It is essential to use the gun and not be killed during the two rounds of dogs.