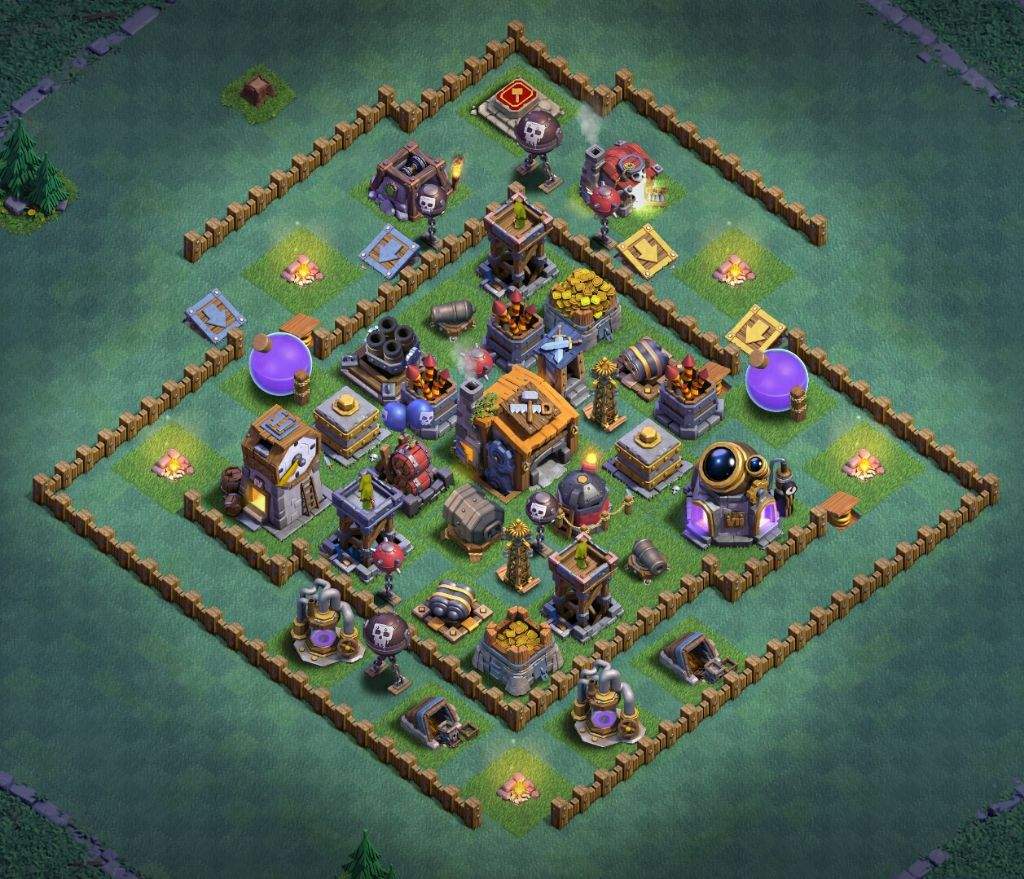 As soon as your Village Center reaches level 4 in Clash of Clans , you will unlock a new game mode, called the Builder's House. You just have to rebuild the broken boat on the beach to have access to new lands, new missions and new ways to play. Although the dynamics in this way are similar to what you already know, there are some differences that are worth explaining. In order to fully understand what Casa do Construtor is, we have prepared this complete guide, which will also offer very useful tips for your gameplay .

What is Casa do Construtor mode?

For those who did not understand well, the Casa do Construtor mode is like an expansion of Clash of Clans . In this new base you have a new Village Center, which is nothing more than the builder's own home. Let's say that's where he goes when he's not working in his main territory. In this mode, it is this House that you must evolve and protect at any cost. As the Master Builder learned new techniques, you will have new skills, new troops, new buildings and other ways to fight against online players . So this mode is just an extension of the original game. Still, it's important to say that you start entirely from scratch. It is necessary to set up the entire base again, in addition to not being able to take the resources from the first village to this one, with the exception of the gems. In this mode there are good developments as well. Troops, for example, train alone, and it is even more important to use the unique skills of each troop. Since there are no spells in Casa do Construtor, battles are more tactical and strategic than ever!

Versus Battle: multiplayer is now matchmaking

One of the most interesting differences of Casa do Construtor is that you don't have your base attacked when you're out of the game. That's because duels take place in a matchmaking system . You look for an opponent, find him and they both fight each other to see who is the best. As if it were the 1x1 of Clan Battles, but here called Versus Battle. As soon as the system finds an opponent, you start attacking his base. At the same time your base will be attacked, although, of course, you cannot do anything during the attack. Whoever causes the greatest destruction in enemy territory wins. The player with the most stars wins Trophies and victory bonuses. If there is a tie in the number of stars, whoever has the highest percentage of destruction wins. In the lower levels of Casa do Construtor it is common even though they also tie in this last aspect. In such cases, there are no winners.

We reinforce that no loot in the Builder's House mode is taken from the enemy. If you win a Versus Battle, your entire prize pool is given by the game, as a victory bonus, based on the League you are in. The prize is always in Gold and Elixir. The only thing you take from your opponent is a number of Trophies. Interesting that in addition to the victory bonus, there is a daily bonus, according to your League. Three wins in one day guarantee an extra and huge amount of resources. See the table below for the rewards

The new Clash of Clans mode could not fail to introduce different buildings, which do not exist in the traditional mode. See what new buildings and units you can build! See below the constructions all available in each level of Casa do Construtor:

Statistics of Casa do Construtor

Just like the Village Center in the traditional version of Clash of Clans , Casa do Construtor has some important statistics that every player should know. This is important thinking mainly about the construction costs of each level, since they are much more expensive than those in Town Hall . See below!

Casa do Construtor can store more resources than the Village Center. Remember that, fortunately, these resources cannot be plundered by other players. Exactly for that reason the storage capacity is greater here, since you tend to accumulate more resources than you spend. Below you can see how much Gold and Elixir your Builder's Hall holds per level: Check out the best tips for doing well in Clash of Clans . Learn how to better defend yourself from the enemies of other Clans! Know basic layouts for all strategies. See everything you need to know about the Village Center! Learn how to "farm" correctly in Clash of Clans ! Convert Word to clean HTML code with this free online tool. It works great for any document type and template.