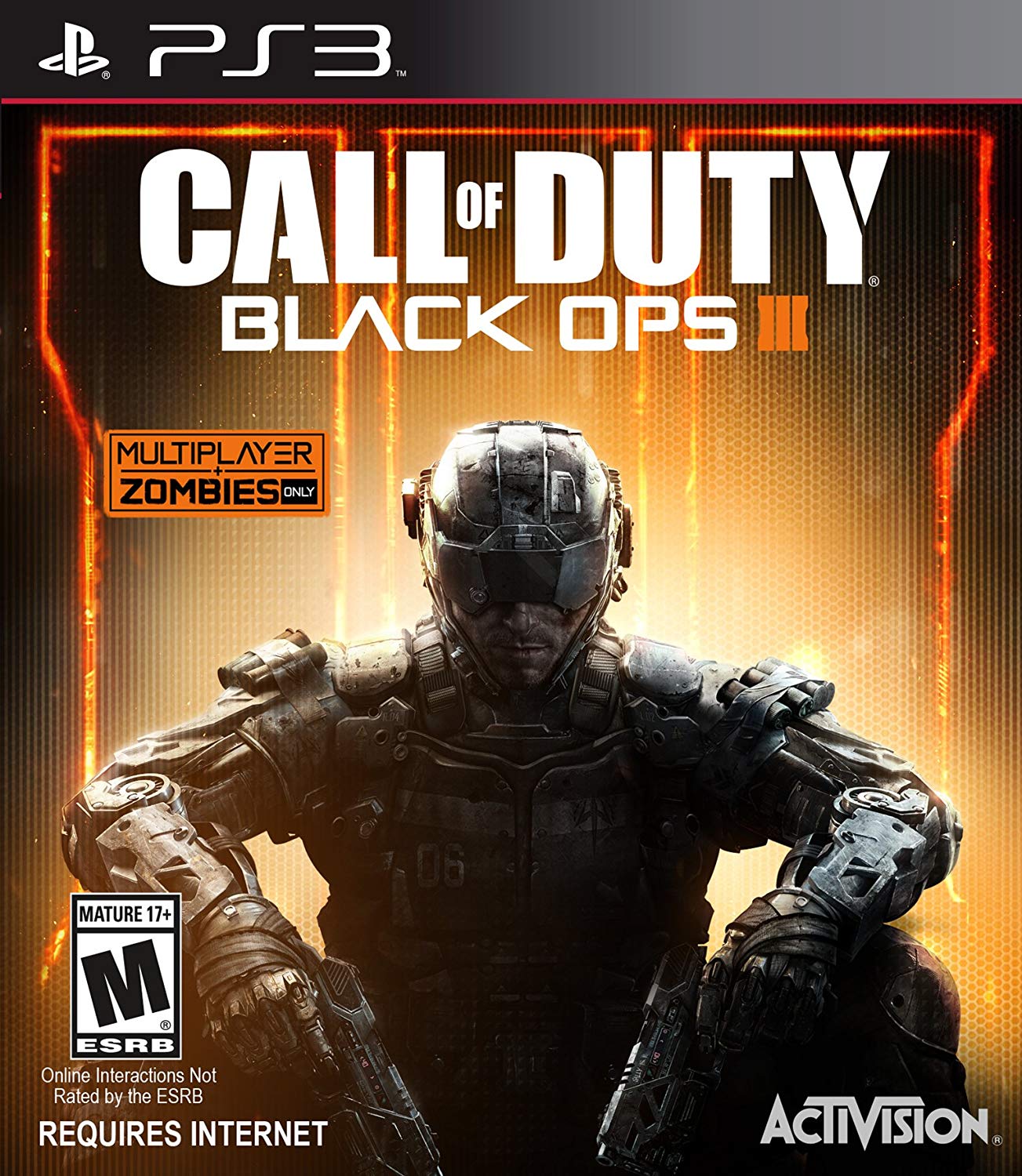 Here are a series of help, tips, some unlockables and much more of CoD Black Ops 3 for PlayStation 4. The latest installment of the Call of Duty series comes full of futuristic action to our platforms, with new maps where we will see some glyphs and the new zombies better recreated.

In this wonderful Call of Duty we can handle several characters in multiplayer mode in which each one will have 2 combat skills that will be reloaded as we get points for casualties, take flags, take badges etc. and once loaded we can use them, each character is unique and different, so we explain each one of them. Ruin: It will have Gravitational Picks, it is an attack that generates an expansive wave that eliminates any enemy that is close to the radius of the explosion, very useful in Dominion and Hot Spot, is done by means of the 2 electric swords that this character manages. Hyperactivity is the second ability, which will give us a speed boost for a limited time very useful to travel from end to end the map, escape, or surprise enemies. Outrider: This young soldier has Falcon, it is an arc in which we can vary the strength of the projectile and it has explosive heads, very useful to keep the enemy thanks to its speed and ferocity. Visual Pulse is his second ability, with it we can generate an enveloping wave that marks nearby enemies through the walls. Prophet: Tempest has a weapon that fires a high-speed electric charge that electrocutes the enemy and jumps nearby enemies. Failure takes a trip in time to go back to a previous position very useful if we are surprised by several enemies. Battery: This hard-looking soldier has a War Machine, a short-range grenade launcher that releases projectiles that are divided into 3 when they touch the ground and explode. Kinetic Armor, its second ability that is granted by a temporary shield that absorbs enemy shots with a force field. Seraph: This young Asian girl has Annihilator, a powerful revolver with great firepower although little rate of fire but not very effective since a shot is devastating. Concentration your second ability serves while you are active to increase the points obtained to get the low streaks faster. Nomad: Beehive, a weapon similar to that of Battery that drops a projectile that stays on the ground and when an enemy passes a swarm of robots end it. Recharge is an injection of nanomakines that returns to the battlefield after suffering a death in the place where they killed us. Specter: This mysterious soldier whose face we will not see has a Ripper, a blade with which he can eliminate enemies fiercely and quickly with a single attack. Active Camouflage is your other ability with which you can become invisible taking advantage of the environment. Reaper: a robot that has a scythe, a minigun-style machine gun, or a 4-gun gatling that has a built-in right arm that can destroy everything in its path. Psychosis creates 3 copies of itself to make decoys that move around the map to confuse enemies. Firebreak: Purifier, powerful flamethrower that does not need an especially strong description over short distances, Heat Wave, emits an expansive wave of heat that stuns all nearby enemies.

Now we show you a small glich on the Evac map where we can place ourselves in a corner of a ledge in the middle of the map where we can shoot the enemies we see from an advantageous position, all we have to do is what the video shows us to achieve it .

To unlock this crazy zombie mode, all we have to do is complete mission 2 of campaign mode, and then once we have finished we can enter a small base or safe house whenever we want, if we go to the center computer and press the button that is located in the upper corner of the screen we can access this fun way in which we will have to kill zombies with a camera seen from above where as the rounds pass we can change it to the first person.

With the new Salvation DLC we have a new zombie map, and since we also don't have many things to do if we want to survive the zombie invasion, with this video we will see where all the parts can be located to complete the altar and make a weapon that I decimated the zombies, in the video all the locations of the parts are shown, since in each game they can change their location, so in the video you are shown all the locations from where they can be found.

In this video we show you a small glich of one of the maps in which we can kill the other players being under the map without being seen, a very curious and fun glich we just have to do what is shown on video to place ourselves in the exact position.

If we complete the campaign mode completely with all the missions, we will unlock the nightmare mode, it is a new campaign in which we can play alone or also cooperative in which we will see parts of normal history and new parts in addition to some zombies.

In this video we show you how to make a glich of the Fridge map where we can get inside a secret room, and all we have to do is get on a fence and run through a wall to make a jump towards the wall to enter, everything is shown in the video.

Now we are going to tell you some tips that can help you improve in CoD Black Ops 3 in both multiplayer, campaign or zombie mode, as always from trucoteca we remind you that each player has their opinion and may not agree. 1- The sensitivity of the weapon, if we have it at more than 7 we will usually see that we will fail many bullets when shooting an enemy, either if we lower the sensitivity to 3 or 4 at most 5 we will see that our accuracy increases considerably, so we will get a higher accuracy so lower 2 - If we have lowered the sensitivity as in the previous advice we will see that one of the cons is that when an enemy comes to us melee or short distance, or if it is jumping towards us we will move somewhat slow pointing, which we can avoid if in that moment we stop aiming and shoot from the hip since that way we will move faster. 3-If we use any weapon that is not bursts, and an enemy is at a medium or long distance do not keep the firing button pressed since that way the weapon's cadence and precision will cause our weapon to go up and We fail, try to shoot quickly with very short touches of 4 or 5 shots and you will see how the enemy falls faster. 4- If we see that we still want to improve our accuracy in combat, I recommend you to train in private games against bot, if we raise the difficulty of the bot and start training, we will take more precision that will later be great for the multi. 5- Now we can no longer slash our enemies melee as in the previous sagas, since now this has been changed to hit the enemy butt, but be careful because in previous sagas with the knife we killed with one touch, now with the butt if the enemy has not received any damage he will be able to survive a butt, so I recommend if we meet someone in front, shoot from the hip 2 or 3 bullets and immediately give the butt, it is much faster than empty the charger to the enemy. 6- the issue of the streaks, always try to be attentive to the map, do not let go of the streaks as soon as you take them out, put up with them when the best time comes, it is useless to get a streak if all the enemies come from the front, and another very important thing look at the remaining time, if for example you are playing in the domain in the first round, and this one of the teams in 90 points, do not drop the losing streak, it is better to wait for the next round since we will have more time to use it 7- Last but not the worst, whenever we can we must cover ourselves with everything we can, walls, vehicles, houses, rocks since if some enemy attacks us when we cover ourselves we have the possibility of avoiding some bullets and we have a greater possibility of killing our enemy before.
PLAYSTATION 4 PLAYSTATION 3 XBOX 360
This document has been composed with the online instant web content converter which can be found at htmleditor.tools