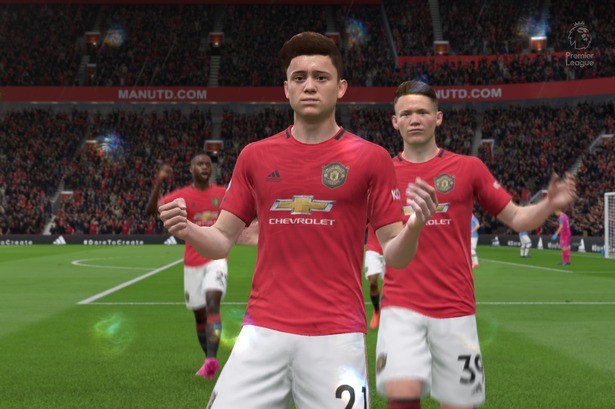 Nothing like starting career mode without spending a lot. Especially without spending it for nothing. So you should look for the best players on loan at FIFA 20 ! These players are good names for you to have a nice team to start without much expense, in addition to being able to test new pieces before shopping. With that in mind, we brought you a TOP 10 with the best names available at the beginning of Career Mode to borrow!

Yari Verschaeren is a Belgian only 18 years old. In fact, even if you have only 72 of Overall, you can reach 87! He plays as an attacking midfielder, as a right winger and as a central midfielder. His salary is very low, only $ 1,900. If you want to buy it, 6,000,000 is what you will pay. The Belgian midfielder has a high balance (87) and his agility (89) is also interesting. To borrow it, you must contact Anderlecht. The boy's contract runs until 2022, but it is very likely that by making a good offer he will be able to borrow it easily.

Harry Wilson is 22 years old and plays between the right midfielder and the right wing. His left-hander is very good, and for that reason he is great for taking fouls from afar and also from close range. Overall is 75, but has a Potential of 84. Compared to Verschaeren, he has a much higher salary. It reaches $ 60,000, and to buy it you will have to shell out $ 10,500,000. The balance is 84, and the acceleration is 82. These are some of the main attributes of the player. For loan, it can be a good one.

Ampadu is a 1.83 quarterback. At 19, he has an Overall of 67. He can reach 87, however. So keep an eye on this boy, who plays for RB Leipzig. It will certainly please you to have a very low investment, both for loan and purchase. There is only $ 3,800 in salary and $ 1,500,000 to be purchased. The bad thing is that initially Ampadu does not have great skills there. It stands out for the Short Pass (70) and the Thrust (74), in addition to having Strength (67) and balance (68). To start your career, it can be interesting.

Angel Gomes is another good name for the offensive midfielder and for the ends of the field. He's only 19, 68 out of Overall, but a huge potential of 86! In addition, it has 4 feint and bad leg stars. As for Balance, be surprised with your 90 points! Agility, in turn, is at 88. Going to the numbers, $ 12,000 in salary. You only need $ 1,800,000 to buy. He belongs to Manchester United, but don't be alarmed by it. The Red Devils should not complicate a player's exit.

Frenchman Jean-Clair Todibo is a good defender for anyone starting his career as a coach. The boy is 1.90 tall and is a promise of 87 Potential. The initial Overall is not that low, staying at 72. Especially if you are going to take on a challenging team, which has weaker players. Todibo is in Barcelona and should not be used much there. So, if you want to buy it, drop $ 6,000,000. The salary is around $ 37,000.

Pape Abou Cissé is another monster defender for his team. He is the oldest on the list, at 24 years old, and will not evolve much. Of his 74 in Overall he will only reach 81. Still, he has 90 Strength, 80 Pike and 80 Boost. His Combativeness is at 88. So borrowing it can be a good start to the game. As for the values, they are low. The salary is only $ 12,000. Buying it goes for $ 7,000,000. Olympiacos is the person you need to contact to start transactions.

Finally, Russian midfielder and striker Miranchuk. Together with Cissé, he is the oldest of the FIFA 20 loan players . At 24, he has an Overall of 79 and a Potential of 84. This player has 80 Dribbles and Ball Control. It is a good name to command your half-court. The bad thing about Miranchuk is that it is expensive. The purchase is $ 17,000,000. The salary is $ 19,000. Ideally, by its numbers, you should even borrow it. With such a purchase price, it would be worth more to invest in the acquisition of other better names ... See the BEST promising players in FIFA 20 Meet the players at the end of the contract Good and cheap FIFA 20 players Find out who are the free Career Mode athletes Always use the Div - Table converter and the online HTML editor to compose perfect articles for your website!