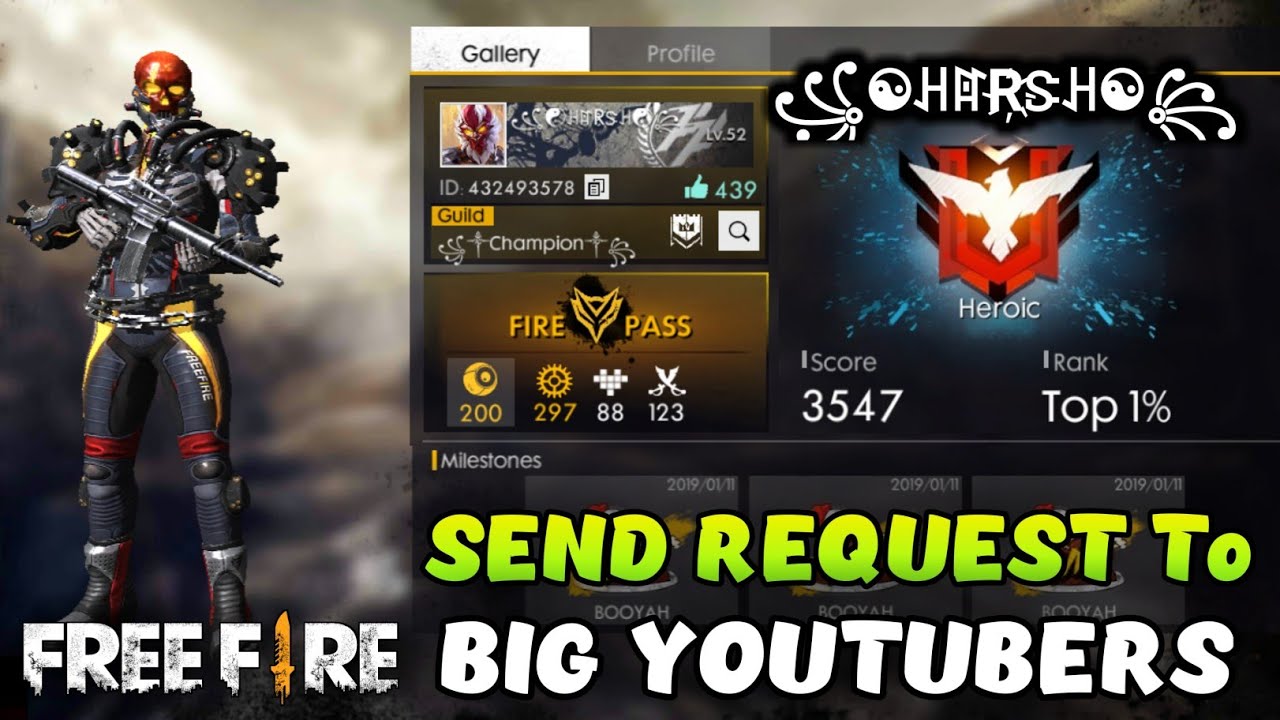 A good way to improve on Free Fire, in addition to playing a lot, is to observe good players on the battlefield. Thus, you can learn many strategies and have a lot of fun. Check out some of the best Youtubers specializing in Free Fire and get inspired for your own moves.

An experienced player, Rodrigo " El Gato " Fernandes has a sense of humor and spends his life calling everyone "shit". Maintains constant movement and is not afraid of striking. If you like players who appreciate speed and don't mind a few screams, it's worth following.

With videos well edited, Piuzinho plays mostly Free Fire in an emulator and has several videos of tips. There's no way to miss his videos, he's the white-haired guy, like Magneto.

Relatively calmer than previous Youtubers, Crusher is the leader of the 4K Easy Guild. He is an expert with AWM.

A very experienced Free Fire player, there is not much information about Weedzao other than what is on his channel. But it is worth following this guy!

João Paulo, known as Chin , has an extensive Youtube channel dedicated to Free Fire and does a little bit of everything imaginable, from trolling opponents to very well thought out plays. Know all the weapons of Free Fire and know which are the best! Check out all the ranks and rewards of the ranking!