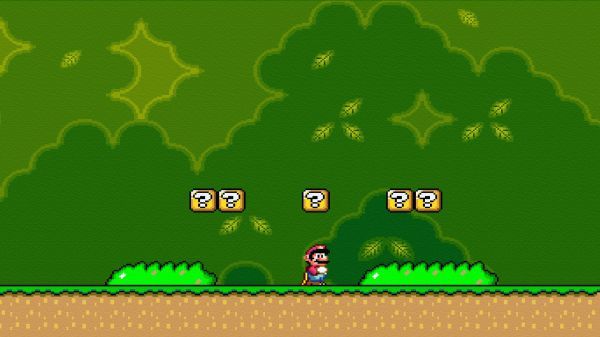 Preparing a list of the best games of all time is not easy. With so many striking titles in the history of video games, there is always one or another historical game that is left out. From GTA to Mario, Tetris to Skyrim, Street Fighter to Minecraft, video games have involved us, entertained us and continued to evolve for years. Check out our selection of the top 20 games of all time!

One of Nintendo's greatest classics, Goldeneye 007 revolutionized the shooter games of the era by adding to the genre a bit of strategy and patience to make progress in the game. If before the players only needed to hit their shots, now it was necessary to plan and wait for the best moment to attack (or just watch).

Developed by a Russian computer scientist, Tetris has been a worldwide phenomenon since its launch. The world's most famous puzzle was released by Nintendo in 1989 for the Super Nintendo and GameBoy consoles, further enhancing the game's absurd success. With extremely simple and addictive gameplay, Tetris is a timeless game that is present on virtually every game platform. “If Tetris taught me anything, it is that mistakes accumulate and achievements disappear.”

Gears of War is a MUST game for action lovers. The game mixes pure violence with the rich history of the planet Sera, created as well as other famous game universes such as Hyrule or Mushroom Kingdom. While the game is not groundbreaking in any way, its simple gameplay coupled with amazing graphics and frantic action make Gears of War a captivating gore show . Although campaign mode is relatively short, multiplayer mode makes up for it.

The first Portal was a “concept game” that featured unprecedented puzzle mechanics. Valve's success was even greater with Portal 2, which surpassed its predecessor in every respect. Great graphics, amazing soundtrack and perfect voice acting make Portal 2 one of the best games ever. The storyline of single player mode is amazing and cooperative mode offers even more complex puzzles. Portal 2 is a light game for those who like to spend time solving original and well crafted puzzles.

Doom was responsible for the popularization of FPS (first person shooter) games and served as inspiration for several games of the genre. Nowadays the game is definitely one of the most famous titles in the world. The 1993 Doom basically consisted of killing demons and leaving the level. The game's graphics were unsurpassed at the time and the artificial intelligence of the enemies was unprecedented. The fact that Doom is sold today (25 years after its release) speaks for itself.

Half-Life 2 combines frantic action with a plot worthy of Stephen King. The story takes place a few years after the events of Half-Life, when protagonist Gordon Freeman needs to free humanity from an alien invasion. Half-Life 2 is so good that even though Half-Life 3 is never released to know the end of Gordon and Alex's story, it will still be one of the best first person shooter franchises in history.

To this day, one of the best RPGs out there. The Legend of Zelda: Link to the past was responsible for establishing the Hyrule universe we love to this day. The game perfectly balances the rhythm of the dungeons as the scenery explores. In addition, the freedom that the game offered was unprecedented for the time. The open world had a thousand secrets around every corner that could only be discovered when you found the necessary items. It was in A Link to the Past that some illustrious elements of the Zelda world were introduced, such as Ocarina, the famous puzzle solving, etc.

Technology, gameplay and narrative define Final Fantasy VII. The game is basically a work of art. The quality of the graphics is cinematic, the soundtrack is orchestral and the science fiction storyline is not behind the best stories in the genre. The game was the first in 3D in the Final Fantasy series and so good, it spawned 4 spin-offs and a movie that explored the game's plot in more detail. Overall, Final Fantasy VII followed with the same gameplay as previous titles, but the addition of the story system made the game much more complex and dynamic.

Beautiful, scary, and especially engaging. The Last of Us is on the list of the most awarded games in history and has a high chance of making you cry while playing. The Last of Us is set in a post-apocalyptic future where you have to risk your life every day to get food, clothes and shelter. Unfortunately, in the game your survival will always result in the death of someone who is just in the same situation as you. The Last of Us storyline is packed with action-heavy drama and The Walking Dead style and undoubtedly has one of the most beautiful campaigns you'll ever play.

The Witcher 3 is as deep and deep an RPG as the first two games in the series, but it has such an open world that it's intimidating. The numerous details, the day / night cycle and the dynamic climate of the scenery make for an extremely immersive and authentic gaming experience. There is no way to describe The Witcher 3 in a nutshell, so here's some important information: it's the most awarded game in history, with a total of 251 prizes.

Minecraft has charmed millions of children and adults worldwide with its cute and addictive gameplay. The game has no goals and no end, and the fact that such a simple idea was so successful still amazes. In Minecraft the only important thing is to use the imagination. In the best Lego style the game consists of creating whatever you want with the material collected in the scenario. The game is online and open world, so interaction with other players further increases the possibilities, making Minecraft a basically infinite game.

After 2 decades of 2D Mario games, Super Mario 64 was the plumber's first adventure in three dimensions. With very creative challenges and thousands of fun in-game options, Super Mario 64 is still a great time to spend today.

World of Warcraft has set a new benchmark in the Massively Multiplayer Online Role Playing Game (MMORPG) genre that has never been surpassed to this day. The game is famous for sucking the soul of its players with its endless quests, dungeons, raids, achievements, various PvP (player vs player) modes, professions, events, ALL. If you have never played World of Warcraft, try it at your own risk.

Another game that redefined an entire genre. Street Fighter 2 was responsible for establishing the competitive fighting game model that lasts to this day. Before him, fighting games were extremely simple, with few hits and few playable characters. Street Fighter 2 was the first fighting game to feature multiple characters with unique moves, special attacks, strengths, weaknesses and sound effects for each. In addition, the game featured six-button attack gameplay and different lever movements (such as the famous half moon and shoryuken), which is still used today.

Initially known as a "Western GTA" Red Dead Redemption has gained enough visibility to break free from the comparison and win the hearts of millions of players worldwide. In addition to the passionate gameplay, photography and storyline (added to the incredible open world), Red Dead Redemption addresses several relevant topics such as racism, immigration and politics in the United States from the point of view of an impartial protagonist. Like most current open world games, you can spend countless hours on side quests or just collecting equipment, herbs and flowers. Plus, with the missions that come with online mode, Red Dead Redemption will take months of your life.

Mario Bros. 3 is considered by many to be the best game in the Mario series of the 2D era. The game innovated in gameplay and brought a host of unforgettable features such as hammer brothers' outfit, frog outfit, raccoon outfit, Goomba shoe and the wonderful P-Wing, which allowed it to cross an entire flying phase. The game is divided into 8 different worlds, each with its own fun elements. For the first time, it was possible to interact with items not only in phases but in the map of worlds. Without doubt it is the most dynamic title among the Marios of the time.

Skyrim is by far one of the best role-playing franchises out there. The game brings together all the epic elements of the genre, with hundreds of weapons, skills and spells, added to a level of freedom previously unseen. If you're the type who likes to explore every detail of the worlds and do all the quests, get ready to lose your life with this game as Skyrim has redefined the depth and size of offline role playing games.

GTA V needs no introduction. Rockstar's masterpiece is the most expensive game in history. Its estimated budget was $ 265 million, and yet the entire amount was recovered during PRE-SALES! The game was released five years after the last title and was able to improve in all aspects. The open world is bigger, the number of quests has increased, the plot and the characters are more complex, so the game is amazing in every way. In what other game is your mission to fly a plane to another plane, fight the crew, steal a package and parachute and watch the plane get shot down by military jets? Yeah, that's the average level of action brought by GTA V.

Super Mario World was, for many born in the 1990s, the first contact with video games, given that the game accompanied the purchase of SNES. The title that featured beloved Yoshi was, and is still one of the greatest phenomena in history, to the point that the console and the game are still sold to this day. Simple gameplay, flawless soundtrack, secret exits and hidden worlds (like star world and special world), the game is simply amazing. Super Mario World has set the tone for all of the next games in the series, and considering that it is the most acclaimed video game title, it deserves second place in our top 20.

Finally, the best game ever made in our opinion and in the opinion of millions of players around the world. How a game from the 90s turned out to be SO GOOD, we'll never know. Ocarina of Time has explored all the elements of the Zelda series to the full and even with so many games following it, is still considered by fans the best of the series. The game took seven years to launch since the last Zelda and was worth every day of waiting. Ocarina of Time was the first in the series made in 3D and revolutionized adventure games with the way it gradually increased the difficulty of puzzles and battles. Ocarina of Time was a sales phenomenon and received a remake for 3DS, as well as being one of the most played on PC through emulators. Like Super Mario World, the game has set a threshold to be followed by the series, which is also one of the greatest ever of video games.