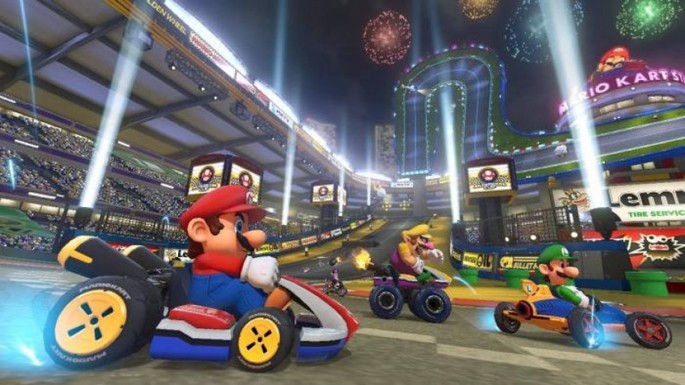 Mario Kart Tour has just arrived and is already a phenomenon of downloads. The most famous racing game in the world brings to mobile phones all the characters, tracks and items already known by fans of the Mario Kart series. Among so many familiar elements, the game also brings some crucial differences from the others, which can take fans by surprise. Check below 11 essential tips to get ahead on the Mario Kart Tour!

1. Learn the basic mechanics and controls

Mario Kart Tour has some big differences that may surprise fans of the franchise. Regarding the controls, you don't need to do any commands to accelerate, just slide your finger sideways to make the turns. To use the items, just quickly press on the screen. In the settings menu you can edit the controls so that, whenever you slide your finger, the car skids instead of curving normally. Anyone who plays Mario Kart knows how much skidding is a big part of the gameplay.

The races are played on tours, each containing their own Cups already known by fans of the franchise. Each tour lasts only 2 weeks, so you must complete the Cups during that time. Upon completing races and challenges, you collect Stars to unlock new Hearts. The unlocked content depends on the character, car and glider you are using

Like many other mobile games, Mario Kart also gives you several daily rewards if you access the game every day. The more consecutive days you log in, the better the prizes will be. Among the prizes offered are the coins and rubies that you can use to unlock content and, believe me, you will want as many of these coins as possible. Mario Kart Tour is not an easy game to unlock without spending real money.

3. Don't worry about falling off the track!

One of the main differences between Mario Kart Tour and the other console games is that you can't fall off the track here! Whenever you are about to leave the path, an invisible wall holds you in place, preventing you from entering at a major disadvantage. However, avoid walking around the edges of the levels as you will lose speed if you touch the invisible wall. The punishment is not that severe, but it still makes a difference.

4. Turn off the “Auto-item” option

Unlike all other Mario Karts on the Mario Kart Tour, if you already have an item, it will be used automatically as soon as you pass a box of items on the route. This is another big difference in the game and can hinder the strategies of players used to old mechanics. To make the game more familiar, you can access the settings and disable the "Auto-item" function. That way, whenever you have an item, item boxes will not take effect, meaning your item will not be replaced.

5. Slide your finger up whenever you're in the air

A familiar mechanic for Mario Kart fans. Whenever you are in the air, for any reason (ramps, bumps, precipices, etc.), slide your finger upwards so that your character performs a maneuver. This will give you a small speed boost as soon as you touch the ground. Watch out for times when you can use this mechanic. It is available even in very small heels. Explore this to your advantage.

6. No matter where you are, stay in the race until the end

Never give the famous “rage quit” on Mario Kart Tour. The game is very generous in terms of scoring and even the bottom place is rewarded. In addition, depending on the situation, it is possible to earn 5 Stars even if you come in second place on the circuit. The Star reward rules are still a bit confusing, so don't give up hope of being rewarded. Stay until the end!

7. Choose your character according to the circuit

Anyone who plays Mario Kart knows that each character has its own characteristics such as speed, weight and acceleration. So it is normal for each player to have their favorite character in mind. However, if you really play to win and want extra advantages in the race, choose the characters according to the circuit. This is because, depending on the stage, each character (usually the “owner” of the stage) gains some specific advantages. For example: if you choose Toadette when playing on the Toad Circuit, you will receive 3 items each time you go through an item box. Matching the car with the character and level also guarantees a bonus score, and combining the glider with everything else increases the bonus received in scoring combos. See the tip below! Check out all the playable characters on the Mario Kart Tour!

8. Make combos with your actions

Any action that provides points on the Mario Kart Tour can be linked with others to form combos. This makes your total maneuver score much higher as well as giving you speed bonuses. For example, if you take a leap, do a maneuver to gain speed when touching the ground, and then immediately hit an opponent with a hoof, you will gain an extra speed boost due to the combo.

9. Skid on all curves

In Mario Kart Tour you also receive a boost whenever you complete a drift. To do this, just keep a curve (let your finger rest after sliding to the side) and wait for the fire of the tires to turn blue. The more time you spend with the blue fire, the greater the speed boost you receive. Another very useful tip is to use the drifts in combination with the orange boosts of the scenery. Release the skid just before passing the orange belt to receive more points and even more speed.

10. Don't be afraid to interact with the map

In Mario Kart Tour there are several "secret" ways to gain speed. Generally, if something catches your eye on the map, it means that you can interact in some beneficial way. So use some runs as a test to find out the points you can explore to gain speed. An example that illustrates this well is the dinosaur and the geysers at Dino Dino Jungle. Common sense will tell you to keep your distance from them, but in fact, they are great ways to gain extra speed. When your glider opens next to the dinosaur, aim towards his head to gain the boost. In the geysers, on the other hand, just drive through them as soon as the water is launched upwards.

A simple tip for those who do not want to buy the Mario Kart Tour Gold Pass: you can play the pass for free for two weeks! To do this, just select the option to buy the Gold Pass and “buy” the pass. The game will inform you of the date you will be actually charged. If you don't want to continue, just cancel before that date.