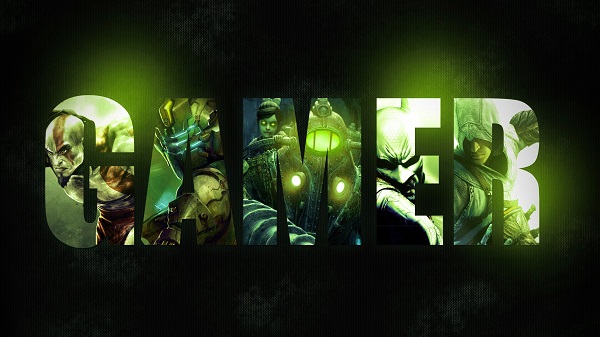 Finding free and good PC games is not difficult at all. Both on Steam and other game repositories there are great titles that you can download for free. The problem is finding the right, free combination that can still be played offline . So if you are after these games but you can't find them, you can find them here, as we have separated a complete list below. In this list you will see games of all types. There are some more mainstream titles , however most are focused on independent but super fun games with attractive proposals. From Fallout Shelter to Forza Street , you'll be amazed at everything available at no charge to play on your PC.

Fallout Shelter is one of the most fun simulators available today. It's a Fallout franchise spin-off , focused on building a bunker or vault , and you're responsible for managing everything that goes on inside. In your nuclear shelter you have to worry about the well-being of its inhabitants, the expansion of its rooms and, of course, its defense against invaders. The gameplay is very simple. It brings elements of games with SimCity , Hustle Castle and survival games. There are resources to be managed, such as food, water and energy. They are important for the development of the shelter and to keep it fully functioning. Bunker inhabitants work and assist in specific tasks that generate return to the vault . Each room of the shelter has its function. There are those specific to the production of the above mentioned resources. Others are geared to training the inhabitants in the most diverse skills. You can increase the number of vault dwellers by placing them to breed in the rooms. Or, if you are lucky, visitors may come to your door, which you may or may not have inside. All residents have the possibility to evolve, as we mentioned, from a system similar to RPG. In addition to the skills that need to be improved, you can equip them with items, weapons and utensils that will increase all their strengths. You must play this game if:

City Island 4 is an attempt to match and surpass SimCity's success in the 1990s and early 2000s. We don't know if this goal has been achieved, but we can say that this game is as fun as its inspiration. Here you are not a ruler in the political sense of the word, but a mogul full of money. The goal is to turn a village into a big city. Here you have to deal with many points to fulfill your mission. Making money is important, yes, but not spending it anyway is even more. All cash in your account must be used to make improvements to the city. Building and evolving housing, connecting buildings with roads, and meeting the demands of the population are some of their primary tasks. This game has more than 250 different buildings that you can make. They all have a specific function in the city, so strategy is needed to figure out where on the map you will place them. Worry about the education, public transport, jobs, and community services of its inhabitants. Everything you do on City Island 4 impacts the game. Be careful of fires and natural disasters. Build parks and offer leisure options to city dwellers. Expand your borders and build outlying areas with special buildings. Attend seasonal events, whether day, night, snow or sun. All this both offline and online . You must play this game if:

Cooking Fever is without doubt one of the best games in the genre. It may not seem like it, but it is a strategy game. It's hard to do well in the game without training hard and without thinking quickly about your movements. Even on several occasions you will have to repeat the same phases more than once. In this game you can prepare up to 400 different dishes with 150 ingredients at your disposal. Something very fun in Cooking Fever is that the stages are divided into 21 locations. Each location is focused on one type of food. There is a bakery, a pizzeria, a sushi restaurant, a barbecue, among others. The game's graphics are excellent, setting the player in the most diverse cuisines of the world with great fidelity. You can even decorate each restaurant from options provided by the game. This helps attract more customers and even give them more patience to wait for food preparation. Cooking here is very easy and intuitive. The problem is that as the phase goes on, more customers need to serve in less time. And the complexity of the dishes only increases, so it can be a bit hopeless to have to fry hamburgers, make milkshakes and even serve soda to four people at once. It's an adrenaline rush every cook has to face! You must play this game if:

Even those who are afraid of blood or have never imagined themselves in a surgical theater will enjoy Surgery Simulator . This game is somewhat reminiscent of the dynamics of the Grey's Anatomy series , as there is a dramatic backdrop to the hospital you work in. In fact, not only do you work in a hospital, you will be the big boss of surgeons. The missions of the game are almost 100% related to surgery. There are "simple" procedures, such as removing an appendix or removing a kidney. Of course you will sometimes have to have a liver transplant or a very delicate surgery on a patient's brain. For those who want, you can also do plastic and aesthetic surgery. Surgery is the cornerstone of the game, of course, but there are tasks geared toward hospital administration. Solving bureaucracies such as building new nursing rooms or hiring more professionals will be your responsibility. Also, this is a game with a survival footprint , as patient survival is in your hands. A mistake and you let a life get lost. The dramatic tone of the game is what makes Surgery Simulator so interesting, as the life-saving adrenaline is constant. For a free PC game it even looks great and has very fluid gameplay. You must play this game if:

Forza Street is born of a decision by Microsoft to bring the Xbox franchise to smartphones . But before releasing the game for mobile , released it for Windows 10. And the best is that it is completely free-to-play . So if you don't have a console from Bill Gates, but want to play the best racing game franchise today, this is your chance. Of course this particular title is much more limited than the more "complete" titles, say. By being free, it is understood that there are microtransactions to be done within the game to release certain items, cars or tracks. The gameplay mechanics are more streamlined, but still have a beautiful graphic. There is a good choice of game modes in Forza Street . Campaign mode puts the player to drive specific cars in unique, tricky races to try to make you lose. But as you beat the levels, you earn rare cars to build your collection. There are classic models, just as there are the most modern ones. You must play this game if:

AdVenture Capitalist is primarily a game of humor. In essence it was created to be a satire on money, consumerism and, of course, capitalism. The player must build a monetary empire from just one lemon stand. Throughout the progression you will intuitively realize what are the major flaws of the capitalist system. As it is an Idle Game , it focuses on repetitive action. You click on the lemon, for example, and earn a sum of money. In this case, $ 1. As soon as possible, you can buy another tent, doubling the gains. Once you have enough tents, you can buy another establishment, diversifying your business. You can have a newsstand, hot dog cart, among other things. You can also hire managers to push the buttons for you. Once you reach $ 10 decilions, the game's currency, you can literally expand your business. There is a lunar mission that takes 8 days and 8 hours in real time to complete. When this happens, you can create alien business off Earth. You must play this game if:

The last game on the list is one of the simplest. Initially he is quite cute. You take charge of a horror story hunter who decides to investigate a supposedly haunted house. The player is greeted by the ghost of a little girl named Spooky. Spooky explains that there are 1000 rooms in the mansion, all haunted. Your mission is to explore each of them and check what haunts them. Although it sounds boring, it is a very interesting game. As a walking simulator , you have to walk around in order to discover its darkest secrets. The problem is that each room has a creature. And these creatures are the most fun parts of the game. Some are inspired by creatures from the Resident Evil and Silent Hill series . There are legal references to Zelda games . Each creature has its own tales, soundtrack, attack forms, and dying ways. The player must dodge the monsters, either bending down or running. As you progress through the game, you earn an ax to defeat the creatures. It is game that forces the player to think of different strategies and ways to beat his enemies. All this without dying infarcted by the scares that will lead throughout the rooms. From the list, it is the least famous and least mainstream game . Being a standalone title, it is one of the most interesting games you can have for free on PC. You don't need any internet connection and still keep you entertained for many hours. Especially if you download the extra contents of the game.