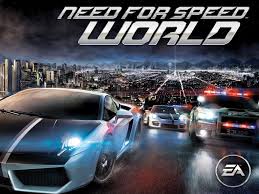 When we think of racing games for PlayStation, usually the title that comes to mind is Gran Turismo . Although this game is the face of Sony's console car games , on PS4 there are other good names for those who like to speed up the tracks. From Need for Speed to Project Cars , our list features heavyweight games that can yield many good hours of fun behind the joystick or a steering wheel. Put on your headset , start accelerating and watch the best racing games for PlayStation 4.

Let's start with the classic of the classics. Gran Turismo is an almost legendary franchise in the world of video games and has been the basis for many car games today. The latest title, Sport , the first of the PlayStation 4, offers a new proposal to the series, but without forgetting some elements that made it famous.

No career, but with a strong online mode

Only two game modes are present in Gran Turismo Sport . The main one is exclusively online , the Sport Mode . There are three races that the player must complete every day, and each week they are exchanged. The goal is to stand out among the best drivers in the world. Arcade mode is not by far what the more veteran fans of Gran Turismo expected. There is no career to pursue, not even those classic licenses to conquer. There are individual races here that need to be completed, such as Time Trials . This mode also offers a progression system.

GT Sport challenges you to be the best in the world

Gran Turismo Sport has not shown the full potential of the franchise on PS4. In view of a possible announcement of the PlayStation 5, perhaps the full capacity of Sony's classic racing game will be even for the next generation. Still, it's a robust game, very well developed and with breathtaking graphics. The Sport Mode is one of today's best in terms of experience online in racing games. It is worth the investment, as it is a title that allows a lot of challenge. You must play this game if:

DriveClub is a case of failure and success at the same time. It hit PlayStation 4 with a huge hype , but it disappointed a lot in its debut. Bugs , poorly structured online mode and limited content have caused many players to give up the title. The developer company, however, Evolution Studios, redeemed itself and renewed the game in a short time. Today DriveClub is one of the best racing games on PlayStation 4. It's focused on the social experience, allowing players to create competing clubs.

Call friends to your race club

DriveClub has three game modes. Two are offline and one is exclusively online . The most common mode is Single Event , where the player chooses from four game modes: Time Trial, Race, Drift and Sprint . You can choose the car you are going to use, type of weather and other settings. Tour is the second way to play offline and alone. There are a number of races that need to be won on tracks located in various parts of the world. Each race has its specifics. Some will need you to make drift points , others to give sprints . Each event of this one asks for a specific car. Finally, Club mode , which is what we affectionately call multiplayer . The idea is for you to create a club or join an existing one to run for fame. Your every action in a race generates fame points for your rider and the group of riders you are part of.

Try DriveClub in its full version

DriveClub outdid itself after a pretty bad debut. Today is one of the most complete racing games you'll ever see on PlayStation 4. After all the DLC's, the final version is a show! It's a shame that Sony has closed the studio responsible for the game and has already announced for 2020 the closure of the game's online servers . Still it is very worthwhile to acquire this title if you are a true lover of steering wheels.
You must play this game if:

Project Cars was a big critical hit. The enthusiasm of racing gamers was very positive. So much so that it yielded a sequel, Project Cars 2 , which managed to be as impactful as its first version. This game expanded the universe created in the first game. There are over 140 tracks, which are located in up to 60 different regions of the world. Anyone who wants a good range of cars will be happy to know that there are 189 models to choose from, including Porsche models.

The Most Realistic Career Mode Of All Racing Games

There are basically two major game modes in Project Cars 2 . Chief among them is Career , which simulates very really what a race driver's career is. There are five categories of cars you can specialize in. In each there is a progression according to your skills on the tracks. Interestingly, there is a whole time cycle in career mode. Not only is the climate system dynamic, but the hours and days go by as well. Car performance is affected by fog, wind, rain, the temperature of the day or night. The tracks are alive and directly affect the drivers' direction. The online mode is quite robust and fair. It takes into account three factors to rank players: safe driving, skill level and playing time in Project Cars 2 . This causes players of supposed equal levels to meet in online gaming sessions .

A perfect game for driving with a steering wheel

One thing is certain: the Project Cars 2 experience is only complete if you use a headset and a steering wheel. Not only because this way the realism gets even bigger, but because it's so hard to control cars with a joystick . The dynamism of the tracks is a huge challenge, requiring the player to have constant mastery over the cars.
Although not a game for those just starting to play racing games , it is an indispensable title for veterans. It offers endless hours of gameplay , with a quality that we have certainly not seen in simulation in other titles of the genre.
You must play this game if:

Codemasters, the developer behind the latest and greatest, has made F1 2017 the best game in the series. No wonder Metacritic is among the best of the best racing games on PS4. It offers a Career mode that simulates the competition season very well, with all the rules created by the FIA. F1 2017 has also been known for re-introducing classic cars to the franchise. From the 1991 Senna McLaren to the 2016 Alonso Renault, there are options ranging from 1988 to 2010. There are a lot of special events that the player can hold with these machines to earn points.

Of course the main proposition of F1 2017 is Career mode. Picking your car, your automaker and accelerating through all the official tracks of the Season is a lot of fun. There is a system of enhancements to your car in RPG style. You should choose improvements according to your driving style by spending Resource points. Tinkering with car settings is also more realistic in this version. For Formula 1 veterans, disabling automatic aids completely changes gameplay . Even with these aids it is quite a difficult game to master for those just starting out, so it is not worth withdrawing them if you do not guarantee yourself. The online mode is the same as previous versions. You can enter game sessions for single races. Or, if you wish, you can create online championships with your friends.

Be Ayrton Senna for a day

F1 2017 is guaranteed on the track. It's a game with precise gameplay, beautiful graphics and a very dynamic career mode. The inclusion of classic cars in this mode made it less obvious and less linear. Exploring modifications and adjustments to your car is also a plus point. A few bugs and sporadic visual problems exist, but they do not in any way spoil the overall game experience. Worth the purchase, especially for those who follow F1 since its heyday, when Ayrton Senna dominated the category. You must play this game if:

The Need for Speed franchise was once one of the most celebrated in the racing game world. Unfortunately since 2012, when Most Wanted was released , it has failed to produce anything that could surpass the perfection that was this game. Rivals , however, is a title that deserves to be on the list for being one of Electronic Arts' best attempts at the franchise ever since.

The game has many merits, mainly because it took the best elements from the latest titles and brought them all together into one game . The main innovation is to focus on the duel between pilot and police. Each rival has a different style of play and features in its favor, as does its form of progression and evolution change. There are several ways to run around the city in Rivals . From a racing set you need to complete, others will open up, of your choice, allowing you to race the way you want.
This freedom is also present in the customization of cars, as is normal in the franchise. There are dozens of paint options, wheels, tires and other customizations. By the way, this title allows you to add Batman-style accessories like electroshock tools that seek to destroy your opponents.

Although two more titles were released later, Rivals may be Need for Speed's most balanced game on PS4. There are narrative and gameplay flaws, of course, and the game doesn't use the full potential of the console. However he was a hit and a step forward in relation to his successors. Those who enjoy the hot racing moods of Hot Pursuit and Most Wanted will feel right at home with Rivals . It's worth it because it is a great reminder of the golden times of the series and a glimpse of what it still can be. You must play this game if: