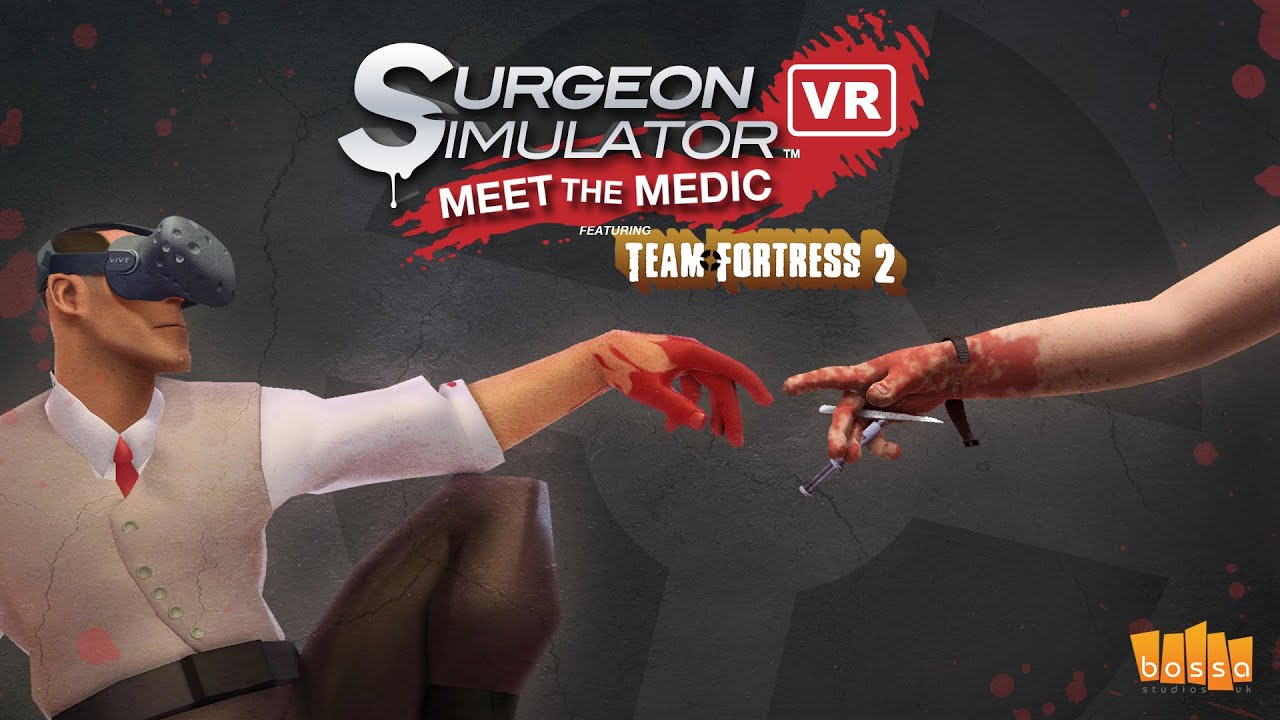 For those who like to play simulators, there are dozens of good options, mainly for PC. We have everything from those who allow themselves to be bus drivers to those who invite the player to run an entire city. With so much variety, it can even be difficult to choose which one to play first. So in this article we have listed for you the best titles of the genre! Check out!

The first on the list could not be another. After all, the games in the SimCity franchise have marked several generations with the premise of building and managing an entire city. The last PC version was released in 2013, having been known at the time as a reboot of the series. Despite receiving some negative reviews for requiring constant internet connection, SimCity 2013 is one of the best games in the franchise. For the first time it allows curved roads, in addition to having zones that adapt to the shapes of those roads. All cities and city areas are connected by transport networks, as in real life. There are, therefore, waterways, highways and railways, in addition to airports. All pollution generated by vehicles is visible in the air, in great detail. One of the most positive aspects of SimCity 2013 is the fact that it simulates aspects of the non-virtual world with great fidelity. City infographics, for example, are based on Google Maps. Another point in this regard is that certain resources, such as coal, are finite. In other words, a city that bases its economy on a finite resource, tends to collapse when that resource runs out. In addition, it is necessary to take into account that there is a global economy, which means that the market and the prices of raw materials are always fluctuating. You should play this game if: Meet SimCity Build It and see the best game tips !

The Sims 4 simulates the lives of SimCity city ??dwellers , which makes TS4 even more interesting. Following the same idea of ??the other titles in the franchise, it brings a fun gameplay for those who want to control an avatar from childhood to death, with all the challenges and pleasures that human life offers. For the first time in the series, emotions play a key role in the game, and Sims are now able to perform two tasks at the same time. That is: you can have a sandwich while watching a program on television. The functionality that allows you to create your avatar has been redesigned to allow for almost infinite creation options. Now each part of the body can be literally shaped, as if it were clay, so that your Sim will look just like you. Between base game and expansions, there are currently 13 different worlds in which to play. In addition to the expansions, there are special and themed item packs to make the player experience even more personalized. Despite offering a great variety of content, The Sims 4 received a lot of negative reviews from users. Many complained that classic features, famous NPCs and tools from previous versions were not present in these versions. That is why EA has frequently released updates to meet the demands of the players. You should play this game if: See essential tips to become a master in The Sims 4 !

A little different from what is normally meant by simulation, Fallout Shelter invites players to manage a nuclear bunker . It is a spin-off proposal from the franchise, very similar to strategy games like Hustle Castle . The idea is to collect and manage resources, shelter and command residents and make the nuclear shelter prosper. It is necessary to build and evolve specialized rooms, send collectors to a devastated land and face invaders. Thus, several weapons, armor and items are included to facilitate offensive and defensive movements. The most positive thing about Fallout Shelter is that it is free. The experience is a lot of fun and yields endless hours of fun. As it is not exactly a linear game, with an established ending, it is possible to literally play it continuously for entire months! You should play this game if: Check out the best tips for doing well in Fallout Shelter !

The 2019 edition of the best farming simulator for PC is very good and is certainly the most complete of all. Compared to previous games, it has a more powerful graphics engine, which allows more realism and details on your farm. The game is so highly regarded that there is already an e-sports competition , the Farming Simulator League, known as FSL. An innovation of the 2019 version, when compared to the previous titles in the series, is the addition of horse breeding. It is now possible to breed, tame and ride these beautiful animals. In addition to them, livestock, pigs and chickens are kept. In terms of planting, the cotton harvest was added to those already existing. A really cool point of Farming Simulator 19 is its extensive list of farming machines. There are more than three hundred options in total, with the presence of many real brands. In the last edition, one of the most famous was added, John Deere! You should play this game if:

Project Cars is already in its second edition, but it is the first and the original that steals the show when it comes to driving simulator. After all, at the time of its release, in 2015, it reigned as the only title of its kind. And even with a very low budget, it offered and offers a great experience for those who like challenges on virtual tracks. Despite having few cars and having absences from major automakers, such as Honda and Toyota, we can consider Project Cars a success. The gameplay is really complex, difficult and requires a lot of dedication from the players to be mastered. Mainly because each car and each category of car requires a different type of driving. In this sense, the game is very successful in terms of driving simulator. It only fails to have a well-organized or defined system of individual and career progression. However, in terms of graphics and sound, the experience is incredible. Especially if you use a headset and a steering wheel when driving. You should play this game if: See the 5 best racing games on PS4 !

Okay, you need an augmented reality glasses to play Everest VR , but believe me: it will be a once in a lifetime experience. There is not much we can say about this title unless it allows players to face all the challenges of trying to reach the highest peak on the planet.
The climbers' path passes through famous places. The base camp is there, faithfully portrayed. After him the next stop is the Khumbu ice falls, with all the dangers they pose.
Camp 4 is one of the mandatory stops for those who want to take a rest. Hillary's Pass is the last stop before the top, if you survive. And the peak, reserved only for the best and most prepared, is where Everest VR ends . It should be added that you can die from several causes. In addition to a terrible fall, it is possible to die of cold, have pulmonary or cerebral edema, among other things. To counter possible tragedies, the path is full of references to historic climbers who tried to conquer Everest. You should play this game if:

As the name suggests, here you take charge of a surgeon or a surgeon. Completely in the first person, its mission is to act in the most diverse surgeries. From the more "simple" ones, like removing an appendix, to the more complex ones, like a heart transplant. As you progress through the game, you will have access to new surgical experiences. You can leave the hospital block for an ambulance on the move, for example. If you are prepared, you will be taken into space to perform a surgical procedure on an astronaut. All of these experiences characterize Surgeon Simulator as a challenging and adrenaline-filled game. There are at least four expansions, only one of which is paid for. They add new stories and possibilities, such as oral and eye surgeries. You should play this game if:

Flight Simulator X is a classic of the simulators, having been launched in 2006. Its Steam Edition version , from 2014, remastered the original and brought the possibility of traveling to 24 thousand different destinations. This while you control the most famous aircraft on the planet, among Boeing, twin engines and even helicopters. The gameplay is fascinating in this version of Steam. You define the flight conditions, such as time, weather and season. Choose one of 24,000 airports across the globe, your aircraft and your destination. The journey can be fast and domestic, as well as international and time-consuming. A really fun option for Flight Simulator X: Steam Edition is to let the player decide between being a pilot, co-pilot or flight controller. As if that were not enough, it is possible to participate in famous air competitions, such as the Red Bull Air Race. Finally, choose between being a commercial, cargo or rescue and rescue pilot, performing more than 80 missions that will make you one of the most experienced pilots in the world. You should play this game if:

Who has never dreamed of taking a truck and driving across a continent? Well, Euro Truck Simulator 2 allows players to drive through 77 cities in 13 European countries. Initially you only do quick missions, taking light loads to cities closer to your own. This, incidentally, is an important detail: in the beginning it is necessary to choose which city to start working in and which company to be hired. This company will cover all expenses with your deliveries, whether they are related to fuel, tolls, accidents, fines and repairs. Later, after adding money, it is possible to buy the truck itself. From there we have the most fun part of the game, which is creating your own carrier. All expenses with your truck or fleet always come out of your pocket. Paying the wages of the drivers you hire is also a concern that a company should open. This is a fantastic game for anyone interested in the profession of truck driver. Euro Truck Simulator 2 is the perfect simulator for anyone who wants to delve into all aspects of the life of those who transport cargo by road. From driving on the roads to running a business, there's a lot to learn and do in this game .
You should play this game if:

Finally, Top Eleven 2019 . This is the best football coach simulator that exists today. However, in addition to acting as the "Teacher", you need to manage other aspects of your club, such as the institution's total money. Taking good care of finances, you can invest in improvements in all sectors of the club. The game allows you to customize the uniforms, the stadium and the area surrounding your arena. Choosing the starting eleven, the formation of the team, the substitutes, taking care of the base categories, training the players and also hiring new players is also your task. Your mission, therefore, is to elevate your club to glory. For this, you must face the game's artificial intelligence , but mainly other online players . That way you get more money, more fame and manage to hire the best names for your squad. You should play this game if: