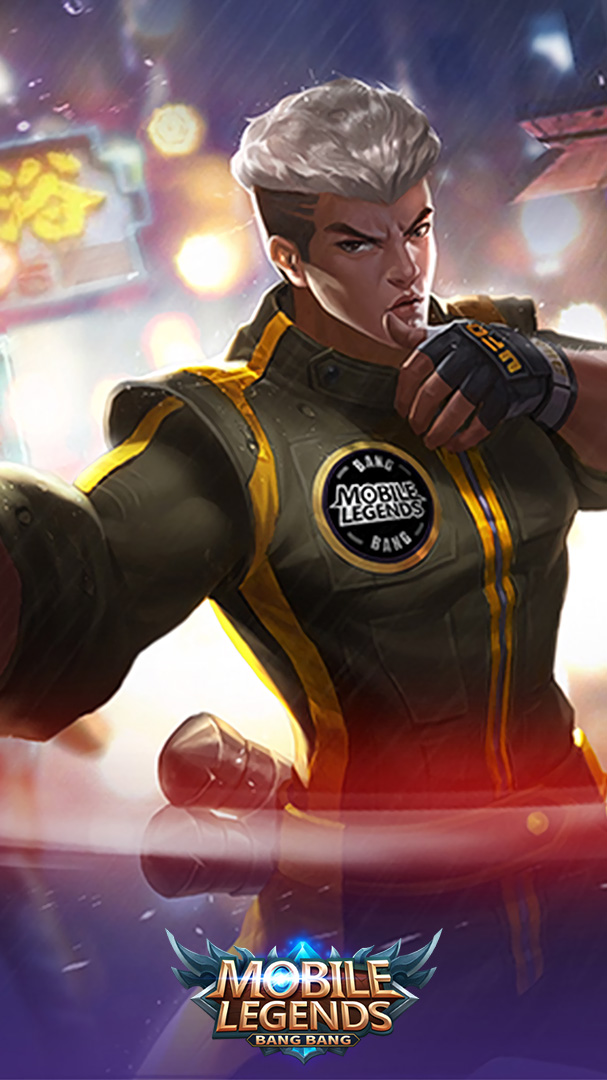 Chou is a Soldier character specializing in Start and Explosion. The character has one of the best durability of the game (it can even be used as a tank), in addition to great offensive features. Chou is able to do a lot of damage to other heroes, clean waves of minions very easily and is also inspired by Bruce Lee. Check out the complete guide below to play Chou well in Mobile Legends!

Every 8 yards that Chou moves, his next basic attack will deal 200% damage (cannot be critical) and will slow the target briefly.

Cooldown: 11.0 Punch forward and can be used 3 times in a row. Each punch deals 180 (+ 70% Total Physical Attack) points of Physical Damage. The first two attacks reduce the target's movement speed by 60% and the third attack throws opponents into the air. The third attack resets the cooldown of the Shunpo skill.

Cooldown: 5.0 Chou glides a short distance, making him immune to the effects of control during movement. After the race, Chou increases his Physical Penetration by 15 points and acquires a shield that can absorb 200 (+ 150% Physical Attack) points of damage for 2 seconds.

Evolve Jeet Kune DO first and Shunpo second, while leveling the ult whenever possible. About battle skills, choose one of the following:

Tips on how to play with Chou