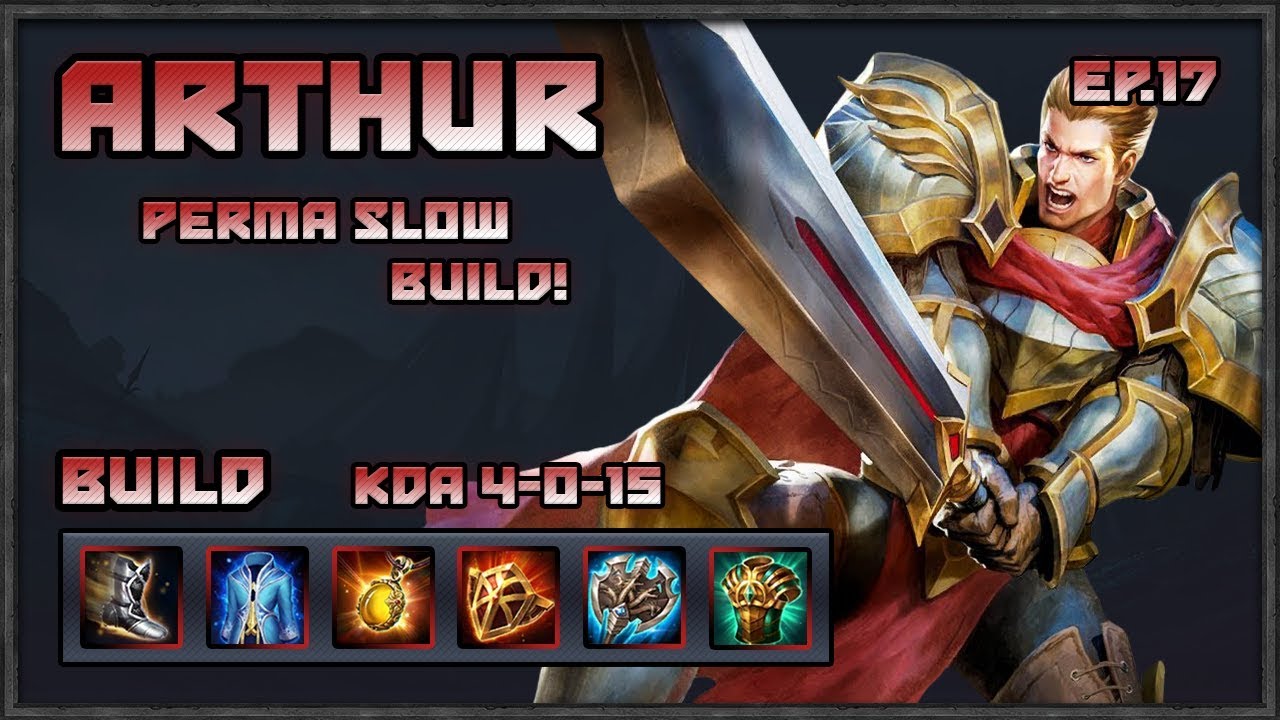 In Arena of Valor, Arthur is a tank hero with great abilities to start fights, which makes him a perfect roamer and ganker . Although he is not considered the best hero in the game in each of these roles, his skills are versatile and, if used correctly, Arthur becomes a powerful ally during fights. Check now everything you need to know about Arthur to destroy in matches!

Arthur is blessed by the skies, which grants him 28 armor (varies depending on the hero's level).

Arthur summons sanctified swords that circulate around him, dealing 100 (+65) (+0) magic damage per strike. This skill lasts for 5 seconds.

The Impact of Heaven

Arthur jumps into the sky and then explosively falls on top of an enemy hero inflicting 750 (+213) physical damage and causing nearby enemies to fly for 0.5 seconds. Enemies within the blast radius will also take 100 (+57) physical damage every second for 5 seconds.

Tips on how to play with Arthur

At level 1, choose the Holy Protector skill to help level and push the trails. After that, focus on leveling Ardor of Honor to the maximum. Choose Impact from Heaven at level 4 and start wandering the trails in search of enemies out of position. Attack them with combos of Ardor of Honor + Impact from Heaven to deal a lot of damage. From the middle of the game on, Arthur becomes a perfect tank to start fights, so try to coordinate the team and choose the best time to fight. During fights, always be on the front lines to tank the damage and focus your Burn of Honor and Impact from Heaven on the weakest enemy heroes. When recharging these abilities, use Holy Protector to supplement the damage.

These items are mandatory to optimize gameplay with Arthur and should only be replaced in very specific situations.

The best archangels for Arthur

Learn more about the arcane system!