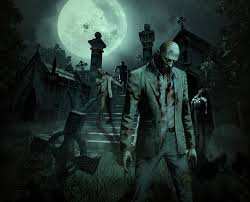 Now we leave you with a series of tricks and aids from Friday the 13th for PC, if you like survival and horror games, this is undoubtedly your game, along with other players play as a survivor or monster, choose between surviving, or trying kill all the players who try to escape from your domains, and as always in Trucoteca we want to help you whatever your plan is to achieve it with the least possible difficulty.

In the game we will have many things to unlock, and for this we will need to level up, and to level up as in almost all games we will need to get experience, and it is simple since almost all the actions we do will give us experience, from completing a game, the time that we are in the game, to escape, or to defend and attack, in addition to being able to get an additional bonus if we do several functions such as fixing cars, phones, or even blocking a door, so playing whole games We will get enough experience and more if we focus on the bonuses just mentioned.

This is a playable character in the game, but unfortunately it is not to select it before starting a game, we will have to meet a series of requirements to play with it, and we already warn you that it is quite worth it, since this character can have certain objects that no other player can have, so next we will tell you the requirements that you will need to get it. - First we will have to enter a game with at least 4 players. - Once the game has started a player must escape or die, both serve, but better escape. - It's vital that we find the radio. - When we have the radio we must call Toomy Jarvis The radio is in one of the buildings, it is very easy to know in which one it is, since in the antenna of the entrance we will see that there is a red and white mask, if we see it it means that the radio is inside, after using it one of our partners will become Tommy Jarvis.

How to kill Jason:

As the players already know, killing Jason is a very complicated task not to say almost impossible, but rest assured that in Trucoteca we will tell you how to end this giant, for this we must meet a series of requirements that we will tell you below and so it's easier to end it - One of the female characters must find and put on Jason's mother's sweater (He is in the cabin, although the cabin is variable in each game) - Another character other than the mother's jersey must die or escape. - The most complicated of all is to attack Jason until he loses his mask and his face is exposed. - Then we have to ask Tommy Jarvis for help and when he is in the game make sure he has the mask in the inventory and the machete equipped. - Now is the time to activate the mother's jersey when we have Jason right in front. (This will make Jason come attacking and we will just hit him to stun him) - And now stun him with a gunshot so that he falls to his knees. - It's only left for Tommy to interact with Jason and skip a little kinematics where he will finally end up with Jason.

Now we are going to show you a table with the available characters of the game and their statistics, that way you can compare which character adapts a little better to your game form, whether by stealth, speed, strength, with this table you can choose your favorite character to face the ruthless Jason, and as always Trucoteca is here to help you.

- Jason can hear you if you are too loud when he is relatively close to you, crouch whenever you have doubts to avoid making noise and that way he captures you, since if he does you will not play again in that game. - Do not run for running or you are lost, because when you run you spend a meter and when it runs out you must wait for it to recharge, if at that moment the bad catches you you have nothing to do, so it is better to hold on and go slowly , you will always have time to run when you see him. - You must control your fear factor, since when you are scared you cannot perform the actions efficiently, and that can be your defeat, control your character and do not be afraid. - You can reduce your fear factor if you are close to your classmates, it is also better to be together since you can help each other, and when you meet Jason you will have a chance to at least save one of the group. - You can also reduce your fear if you hide in illuminated buildings, but you must remember that Jason can cut the electricity and put everything in the dark. - If you're being chased by Jason, remember that he can't jump through the windows, so the best way to lose sight of him is to go out the windows in the buildings, that way he'll have to turn around to look for you again. - Do not lose sight of your map, find objects inside the buildings such as knives, since they allow you to let go if Jason captures you, that way you will have a chance if you have been captured, even though they usually kill you at the moment , but it is always better to go armed. - Whenever you enter through a door remember to close it, and if you can create some kind of barricade, that way if someone comes in you will listen to it, you can also lock Jason for a while and go out through a window. - If you are in a building and it turns out that Jason has just entered but you have not yet been seen, hide inside a closet or wherever you can and hold your breath as soon as you see him, if you are lucky he will not look inside and will not listen to you, It is your only possibility. - If you find CB radios in the cabins you can call Tommy, a hunter, this will apply to a player who has escaped or died and gives him a powerful shotgun to try to kill Jason. - The repair of vehicles and phone boxes serve to reduce your fear, also if you repair a vehicle you can ride several players and go somewhat faster on the map, but be careful since Jason if he discovers you can spoil the car of a just hit - Distractions are very effective, light radios or light some firecrackers to distract the killer and escape on the other side. - Try to get a bear trap, if you get it try to place it in a strategic area where you think the killer can pass, and try to attract him to the trap. that way you will gain enough time. - Try to meet all the objectives to gain much more experience, the more experience you get in each game before you can buy improvements and benefits that can help you survive better in your next games. - It is important that you look for the gasoline and batteries that you can find to repair the cars and thus be able to flee faster, but whenever you are in a vehicle you must pay attention to the visual signals since the killer could be just behind. - Remember that it is a team game, if you can not start running a car, look for your teammates since you can enter several inside, the more you escape, the more experience they will give you. - You have three different ways to win the round, one is through a vehicle and get away from the map as much as you can, another way is to call the police and hold on alive until they arrive, when you see them go to them, and finally the most complicated is to kill the killer.

- First of all remember that now you are playing as a murderer and you are only against a group of survivors, if you go without thinking about how crazy it is possible that everyone escapes you or even kills you, think well every move you make. - Your killer has 4 skills at the beginning, learn well to use them and at what time you should use them because when you use any of these skills you will have to wait for a recharge time, so you must use them cunningly. - With the Morph ability you can teleport over long distances, on your screen the map will appear to decide which area you want to teleport, this is very useful if you know which direction the survivors are heading, or if you see any enemy trying to flee in the distance, With this ability you can surprise them without problem. - The detection capacity is a good way to see your enemies in red on the map, if they are in a building, you will not see their exact location but it will be fun to enter the building in search of them, but remember to use this ability in short bursts, since it has a great cooldown. - The Change ability, serves as a small sprin for short distances, if you are chasing an enemy with this ability you can place yourself right in front of it and catch it. - Remember that as a murderer you can enter combat mode to block enemy attacks and also allows you to attack with more force, with this method you can literally tear off your enemies' heads. - As a murderer the darkness is your ally, try to destroy the electrical boxes to turn off all the lights and thus increase the fear meters of your objectives, that way you will also gain more experience that will help you to buy improvements. - Every time you enter a building, since you are inside do not hesitate to look under the beds, dressing rooms, all the places where your enemies can be hidden, it will be fun to find some hidden objective.
PC PLAYSTATION 4