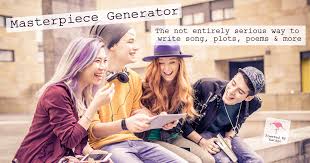 Meet our other generators:

In RPG or MMORPG, the best nicknames are the names of the fantasy universe. Search for names of elves, mermaids, vampires, fairies, witches or even names of medieval warriors. Remember that you will play in a very different world from the real one and your name has to match this reality. Avoid common names of people. See some examples:

In games like The Sims or Sweet Love, is a real name in English. The characters usually belong to a family, so you will have to choose a surname as well. Look especially for names and surnames of American or British personalities and then match your way. See the examples:

In shooting games like Free Fire, CS: GO or Overwatch, you have to look for a bandit name. A good method would be to use a common first name in Portuguese or English and then use a surname with a respectful feature. Some examples:

Female names for League of Legends

In MOBA games, you control imaginary characters and, like RPGs, a fancy name fits perfectly. Use the generator several times until you find the name you like best. See the examples:

4 tips for choosing a female nick