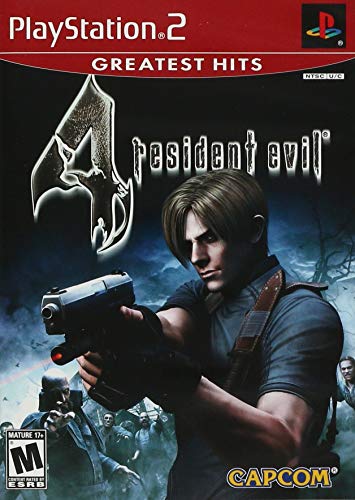 Here are a series of tips and tricks of Resident Evil 4 for PlayStation 2 and that will certainly make the game much easier. As always from Trucoteca we recommend that you try to play without making use of them to get the most out of the playable experience, although you may be very helpful in obtaining certain trophies. Be as it is and as always ... you choose.

Video trick how to get infinite money:

In the new remastering of this title we find a very easy and useful trick for the new ones in the saga. This cheat also applies to older versions and is that the protagonists of this video are the chickens. In the first phases of the title there will be a village with a corral full of chickens (where blue medallions), we must simply protect them and aim (not shoot) and lay eggs. When we have a few we go and sell them. Keep in mind that gold ones are worth the most, followed by browns and normals. If you don't lay any more eggs, the hens come out and come in again

Unlock some characters in the mini-game «The Mercenaries» by obtaining four stars on the following maps: Albert Wesker The Waterworld. Hunk Insland Commanso Base. Ada Wong The Pueblo. Jack Krausser The Castle.

Unlock Albert Wesker, first use it to get the five stars in other areas. He has the best weapon option: a Punisher, a Magnum, an Automatic Rifle, and Grenades. NOTE: When you get flash grenades use them and watch as Wesker elbows your opponents to fly.

Get five Stars in the mini-game «The Mercenaries» In each Stage, with all the characters (Leon, Ada, Jack, Hunk, Wesker). And you will get the Handcannon, improve it to its highest level to get infinite ammunition, which will cost around 790,000.

After finishing the game for the first time, the infinite Rocket Launcher will be available with the seller, it will cost you 1 million.

After finishing the game, being available Mathilda Handgun with the seller, it will cost you 100,000.

Once the “Assignment Ada” minigame is finished, the “Chicago Typewriter” will be available to buy with the seller for 1 million.

How to pass the town with a single bullet:

Run between his legs when he is close is the best option since if he will not catch you. When he comes to you, shoot him with the shotgun, after you dodge his attacks. After he roars, he will begin to kneel. Get close to him and use the command (the command whether you press A or B) of Action to jump on his back and the blades. Repeat this a few times and kill him without much harm. Note: If you help the dog that is injured almost at the beginning of the game, he will help you to mislead him so that you have a chance to be shot, do not worry the dog is nothing wrong.

Avoid the giant for the second time:

After you fight along with Luis in a cabin you will have to choose a path: Left or Right. Choose the Right one since it is fast, equip yourself with the shotgun, when you pass the door you will get another Giant. If you go with Ashley he will warn you of some rocks which I recommend that you shoot them with the handgun to prevent you from spending ammunition of the shotgun, shoot it and you will take the giant to take a little while in which you unlock the front door with the knife that It is chained. You will have to be fast, if you don't want to face the Giant. Examine the other one in the same way, and find a key, most likely it is in one of the last huts in the center. If you want to face the Giant it is the same way you killed the first but here the dog will not come out and you have to be very careful and never leave Ashley.

Use a Flash Granade when you see many of them together, it will kill everyone instantly, making them drop a lot of money. You can also liquidate them remotely with your gun so as not to alert the entire crowd.

Look at all the pictures that have the image of Saddler.

Kill one of the giants:

There is a part of the game in which you will have to face two Giants but there is a way to kill only one, run around the center until you find some stairs, when you arrive, go up and wait for the Giants to follow you, when they start to salgolot in where you are, slide along the harness that is nearby, when you get off you will see a kind of switch, activate it when they are in the center, a gate will open causing a giant to fall to the lava, if you could not do it for the first time you can do it second time but remember you can only kill one.

Get jewelry to sell:

In the Village stage, look closely at the trees since there are some nests where you can shoot and drop jewelry or weapons (most of them are jewelry so you can sell them).

Save and sell the special rocket launcher:

Perform jumps with Ski´s at the end of the game:

Get five stars at all levels with all the characters.

Pass the game on professional difficulty.

Complete the game once. Select the special costumes when you start the jiego again and Ashley will become unbeatable.

Spend the game with Ada and they will give you a suit for Leon and Ashley a gun.

When you have a lamp or a kitten or something that by touching it says "it seems that things can fit", you have to combine the emeralds and sell them to the peddler almost three times more expensive.

To kill him you have to wait for him to disappear and when he reappears he will try to attack you from a dresser, at that moment he tries to give the worms he carries in his mouth and you will kill him at once.

When we are in the cabin after the lake incident we go out and turn left to see again the boat that we use in the encounter, get on it and you will see some lights, follow them to enter a cave, and in that cave there A peddler. since you are there kill those spiders that come out and as soon as you can use the rile and hit the monster in the eye. He will open the mouth of pain, then you throw him back into the eye with the rifle and a cocoon will open where Zalazar is transformed into a monster, then use the rocket launcher and prop up Zalazar before the closure cocoon, be careful not to miss the shot, otherwise it will be a little harder to beat him.

To kill Salazar you need a shot of Broken Butterfly (This weapon has to have a little trickled power) in the eye. Then the cocoon will open and you use the rocket launcher. Remember not to hide since spiders are annoying. Also the magnum shot use it when they are next to Salazar. Use the online HTML beautifier to compose the content for your website easily.