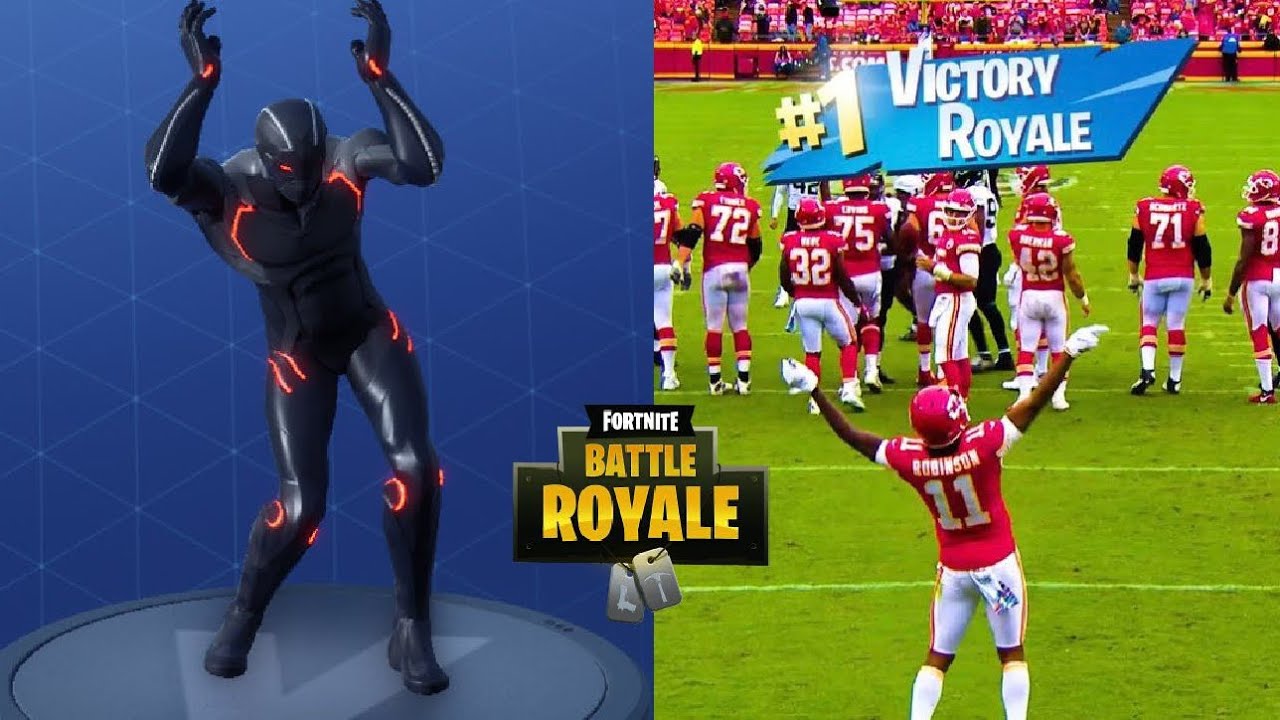 Fortnite is one of the most famous Battle Royale out there. He is known not only for his established game dynamics, but also for the dozens of skins the characters can have and the famous "little dances". These moves are victory celebrations that players can perform whenever they want. Many think that these dances were created exclusively for Fortnite . In fact, almost all of them were inspired by something famous in the real world. They come from movies, celebrities or videos available on the internet. With that in mind, we bring some of the most popular with players and explain their origins.

This dance, for those who don't know, was brought from a famous comedy film from the 90s: Debi & Loide . Starring in the film by actor Jim Carrey, she was faithfully transported to the battlefields of Battle Royale , and is certainly one of the most entertaining emotes in the game. Hootenanny is available at the Fortnite store for 500 V-Bucks .

Now a reference to a TV series. Jubilation is an emote that makes the characters jump in the same place while throwing their hands up. It is perfect for doing in a group, as it mimics a classic scene from the Seinfeld program, in which several characters from the show dance in the same way. Jubilation is available at the Fortnite store for 200 V-Bucks .

This is perhaps the most famous dance in Fortnite . It comes from an internet viral, in which a boy known as Backpack Kid appears at a Katy Perry show and performs the dance. In this emote the characters move their arms to the side, while their knees go to the other. It is not available for purchase as it was a Battle Pass Season 2 reward emote .

This easter egg is already less well known than the others. His source of inspiration is a television series called Arrested Development . In this program, the Bluth family is known for mocking the show's protagonist, Michael, for being a coward. Each of the family members invented their own little dance imitating a chicken, in order to provoke him. In Fortnite the version of the character Gob Bluth was specifically added, with some sound additions, such as sounds emitted by a chicken. Chicken is available at the Fortnite store for 500 V-Bucks .

Another emote inspired by a television series. The program that gave life to Dance Moves was Scrubs , more specifically the character Turk, in episode 9 of season 5. The choreography is quite complex and is accompanied by multiple soundtracks that are exchanged. Dance Moves is available for free after you complete a mile traveled in game matches.

As its name suggests in English, in this emote the character makes a movement as if drying a glass. Amazingly, it comes from a music video of a song by rapper Snoop Dogg and Pharrell Williams . Tidy is available at the Fortnite store for 500 V-Bucks .

Epic Games has shown that Fortnite is not only one of the best shooter games today. In fact, it is more than a game. The Orange Justice emote was a tribute from the company to the creator of the movement. It comes from a boy who posted a video of himself on the internet, doing the dance, in the hope that it would be included in the game. After dozens of people humiliated the boy on social networks, including making videos imitating his little dance, Epica Games fulfilled his wish and included in its list of emotes . Was it or was it not an act of justice? It is not available for purchase as it was a Battle Pass Season 4 reward emote .

If even FIFA has a celebration that mimics the choreography of Gangnam Style , it was obvious that Fortnite couldn't help but have it too. The pony Ride emote is a faithful copy of the dance created by Korean Psy. It is perfect for making fun of opponents after a well executed death. It is not available for purchase as it was a Battle Pass Season 2 reward emote .

Napoleon Dynamite is an independent comedy film from 2004. It was quite successful at the time for having a teen and overcoming theme. Everything to do with Fortnite , and it is not for nothing that Epic Games decided to bring to the game a dance performed by the protagonist of the film. It is not available for purchase as it was a Battle Pass Season 4 reward emote .

Fresh is certainly the case that caused the most controversy among Fortnite players . It has an evident origin in the dance of Carlton, iconic character of the series The Fresh Prince of Bel-Air . The movements are identical. And it seems that it ended up irritating the actor who played Carlton, Alfonso Ribeiro, since he filed a lawsuit against Epic Games for it to be banned from using Fresh. Fresh is available at the Fortnite store for 800 V-Bucks .

This is one of the funniest " dances " in Fortinite . Quotes because it is not quite a dance, but a movement with the hands: the character pretends that he is putting salt in a food. This emote was inspired by the Salt Bae meme , in which a chef named Nusret Gökçe puts salt in his food in a very peculiar way. Pure Salt is available at the Fortnite store for 500 V-Bucks .

Disco Fever appeals to the nostalgia of those who have already watched the film Os Saturday night , starring the then young John Travolta. In Fortinite, the characteristic movements of the film celebrate victories, kills and all the culture of the old clubs. Tidy is available at the Fortnite store for 800 V-Bucks .

Another little dance that came from the meme world. It is one of the most popular in the game, and has its origin in a video also entitled Best Mates . In it two friends do a strange dance, in which they open their arms wide and make random lateral jumps. Not available for purchase as it was a Battle Pass Season 3 reward emote . Here are 8 tips for those just starting to play Fortnite: Battle Royale . Learn how to get skins without cheats .