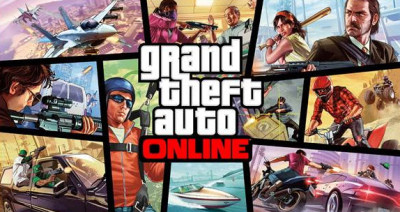 GTA V is known for the famous mods , which allow you to add dozens of new content to the game . You can, for example, transform your game into a world full of references to Brazil. There are cars, objects and places typical of Brazilian cities that can be added. And today we bring you the best changes of its kind. So if you are one of those who enjoy the fun of mods in GTA , you must read this article to the end! In it we bring the best modifications available for Grand Theft Auto V to date involving Brazilian culture. These are famous and funny things, from the famous Caveirão do BOPE to food products sold in supermarkets in the country.

Who has never wanted a shooter in which the player takes on the role of Captain Nascimento? As this is unfortunately not possible, what you can do is drive a BOPE vehicle and wear a black uniform. After that, put the theme song for "Elite Squad" to play and direct around Los Santos doing what the Special Police Operations Battalion does best: killing innocents.

Still setting us in RJ, why not take advantage of the fact that you added BOPE to your GTA V and also add a Rio favela? This mod is quite faithful to what the great Brazilian communities are, with their alleys, alleys and narrow streets. There are Military Police cars, typical commercial establishments, and even Christ the Redeemer is present on the scene!

In this mod, Fort Zancudo became a complete base of the Brazilian Army. This modification also added a beautiful Brazilian fighter to the game, as well as other official vehicles of the Brazilian military. There is also the inclusion of uniforms and other items and accessories belonging to our soldiers.

Tired of paying everything in Dollars in GTA V ? With this mod it is possible to convert all the money banknotes in the game into Reais. Can you imagine how cool it would be to buy that big car with R $ 50 or R $ 100 bills?

Anyone who wants to show their love for the national team Canarinho already can do in GTA V . With a mod that creates the t-shirts of the Brazilian Football Team, you can walk all over the map showing your passion for the football of national players, like the boy Neymar.

This mod turns all the lifeguards on the beaches of GTA V into professionals in the state of Santa Catarina. In this modification we have the clothes of these lifeguards, as well as a blazer vehicle and a skin for the board that is in front of the rescue house.

Perhaps one of the best made mods of all. The game's original airport has been completely transformed. All signs, signs are in Portuguese. There are police and fire departments. You can see Gol, TAM and even Varig planes parked, ready to take off.

Still talking about airplanes, how about flying one of the planes of the Brazilian Air Force's Smoke Squadron? This mod carefully created an outfit and helmet identical to the originals so that Trevor can wear them. The plane, as you can see in the image above, is also very close to what the real planes of the Esquadrilha are in real life.

After adding this mod you will see that the game markets will have modified food for sale. You will be able to see Parmalat's milks, Vigor's yogurts, Sadia's pizzas and even famous snacks, such as Fandangos. There are cleaning products, beers and many other things that make reference to everything that is sold in Brazil. All of these products can also be found in Trevor's trailer, at Franklin's and Michael's. In the Simeon store the products were also changed.

Brazil has many famous urban legends that fill the popular imagination. This mod features some of the most interesting ones, allowing you to hunt creatures like the Headless Mule, a killer doll, among many other mythical creatures. According to the creator of the mod , the list of myths is constantly updated.

Returning to the urban world of Rio, we bring a mod that adds the famous yellow Voyage taxi from Cidade Maravilhosa. If you want to make that extra cash, you can venture out by taking races around Los Santos. Just be careful not to end up being mugged while you work.

Finally, the vehicle of the Mobile Emergency Rescue Service, better known as SAMU. This iconic Brazilian ambulance can be one of the vehicles available in your GTA V if you apply this modification to the base game. Of course, the characteristic siren is included in the package.

How to install mods ?

Installing the mods is usually a very easy process. Just enter the folder where the GTA files are . The most important folder is the one containing the file "GTAV.exe". Once there, you just have to paste all the mod files you want to include in the game. It is very important that you read the instructions for each modification, as there are cases when you need to install one or more of a specific application before the mod itself . It is important to keep in mind that all mods do not receive any support from Rockstar. Although the company has already repeatedly guaranteed that it does not ban users from single player mode who use modifications, the same cannot be said of Online mode. So we strongly recommend that all files be removed from the folder before going to multiplayer . Also, always remember to make a backup of the original files and especially your save games . It is very common for mods to be a problem and the player ends up losing all the progress he has in the game. Meet other insane GTA V mods !