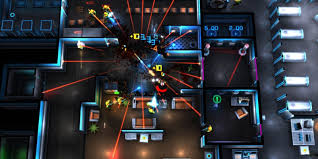 Everyone has the right to play. If your PC is not very modern or not ready for demanding games, be aware that you don't have to settle for inferior games. There are fantastic games created by smaller companies that are often simply overlooked or undisclosed. What makes a game really good are its details: story, gameplay, action and mechanics that are somehow more important than just graphics. We have selected some of the best titles that run smooth on the most modest computers for you to keep playing. Learn about the best weak PC games and the minimum requirements you need to play:

Super fun, full of cool characters and tough bosses like Sans, Undertale is an alternative RPG where chatting with enemies will get you out of a lot of fights. The game is full of humor and is inspired by the old RPGs, with the combat menus almost all in very simple text and colors.

Create everything you want, in different biomes, with complete freedom. Terraria allows you to explore, create and fight enemies and strong bosses while the player survives on randomly created worlds. If you love classic 2D design RPGs, Terraria deserves your time.

Explore outer space, flying both ships and building space bases on distant planets. There are also mysterious enemies waiting for you in the depths. You can play as human or many other alien races.

Your opportunity to work on a farm has arrived. Plant, interact with neighbors, and fight monsters. True, even the peaceful Stardew Valley is in constant danger. Look for supplies to build weapons and keep the valley safe in this completely immersive game.

One of the best real-time strategy games ever created, Age of Empires has been redesigned in high definition. Choose from 18 different civilizations in almost a thousand years of history, and impose your will throughout the territory. Winning campaigns against the computer is pretty cool, but crushing your friends in multiplayer mode is even better.

Start in the Stone Age and advance your civilization to this day in a very cool strategy and resource management challenge. Your faction needs to be fed, equipped and increased over time, just as your cities need to grow the right way. If you ever want to take over the world, start your learning with this game.

The Roman Empire was one of the most enduring and powerful in all of history. And now all that power can be controlled by you on your computer. Use military tactics to control your legions and confront barbarian tribes across the ancient world. If you like military strategy, this game is a must.

Probably one of the most iconic games, San Andreas forever modified the GTA franchise (though similar to GTA 3 and GTA Vice City) and placed a lot of importance on the narrative. Explore every corner of San Andreas using cars, motorcycles, airplanes or helicopters, engage in violent wars against rival gangs and help CJ avenge his family, all to the tune of an epic soundtrack for all tastes.

A game that will make you use a lot of skill and logical thinking, using your anti-gravity weapon to escape each of these rooms. Get ready to spend a few hours trying to figure out the right way to escape and manipulate different objects and mechanisms.

Inspired by the old designs, CupHead is a difficult game to clear, but very well produced. The soundtrack, the characters and the bosses work very well together and the game can be unique even in 2D. If you like classic looking games that are really tough, this one is perfect for you.

Explore a wild world loaded with loot. Alone or with three friends, fill the monsters, the bad guys, and the evildoers with lead. Or use lasers and grenades. What matters is ending them. There are over 100 different weapons, each with its own details such as shotguns, sniper rifles, submachine guns, pistols and more. But you can only use it all if you survive the bosses.

If you like intense shooting with horror elements, dive right into this unmissable game. As in the classic Doom, what matters here is to shoot well and fast into the horde of monsters and demons that are trying to send you to hell. Use different weapons, each more lethal than the other.

A very original FPS with a super basic principle: time only advances when you move. It is a completely innovative FPS that relies heavily on slow motion mechanics. This will make you use all your reflexes and wits to zero each level.

A Battle Royale designed for mobile devices, Knives Out has a version that runs on less powerful computers. It has a large community of gamers, maps and very varied modes and weapons to suit all tastes. The creators of the game are always posing new weapons and cool challenges. You can face your enemies on solo, duo, squad or Fireteam mode, a 5 player team. You can also customize your character with clothes and props that you can earn by competing in challenges.

PUBG is a very competitive game where each player or team of players must survive while fighting other enemy players and a dangerous shortening radioactive zone. Amazed by PUBG for weak pc !? True, but it is the mobile version of the famous Battle Royale played with an emulator. The creators of the mobile version decided to create the Tencent Gaming Buddy emulator that works very well and allows you to have a PC-like experience. Pairing is done only between emulator players, so it has no advantage. Try it and find out if you are a good survivor!

This game runs on any PC, mobile phone and even your oven if you can connect it to the internet. It is a very competitive card game with relatively easy to understand but difficult to master techniques. You need to invest a little of your time, play against real players and have the patience to get the legendary cards. Within the competitive card game genre, Hearthstone is unbeatable.

A classic racing game with very realistic physics and mechanics and lots of extreme tracks. You can drive many different cars and tune each one depending on your racing position. The soundtrack is really cool too.

Considered one of the most realistic games in the FIFA franchise, this game has everything a football fan needs. Real players, teams from different leagues and a difficult to master but very realistic and effective ball control. Team management has also been improved, as have other strategy options.

Many simulators can be repetitive, but this game has practically reinvented the genre. Drive your truck along beautiful European roads realistically as you run your transportation company and grow your business. Super relaxing.