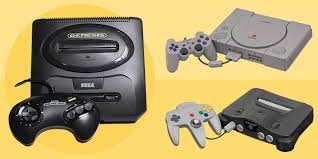 All PlayStation family consoles have had their most striking titles. With the PS3 is no different. So much so that several games of this platform have been remastered for the PS4. Cases of The Last of Us , God of War 3 and GTA V , for example. If you want to know or remember what other great games were on this PS, we have put together a complete list. We bring the best PS3 games, in a top 10 in descending form, ranging from "Great" to "Everyone needs to play this marvel". Check out!

Little Big Planet does look like a game made for kids, but teenagers and adults certainly had a great time with it on PS3. Players control the character known as Sackboy. The game is fun because we can customize Sackboy in many different ways, with clothes, designs and other possibilities. At the time of its launch in 2008, Little Big Planet was successful because it was challenging. The simple and childish story was just a backdrop for absurdly complicated stages to pass. Other than those built by the players themselves. Nor can we forget that being able to play with a friend was also a plus point.

Dark Souls is a medieval themed game that was very successful on PlayStation 3. Third-person gameplay with strategic combat and difficulty-turning makes this a hardcore game for gamers . After all, not just anyone can make it to the end of the game and reset it without having to stifle too much. That's why Dark Souls joined the most complicated game group of all time. It is punitive and even forces players to think of the best attitude for each enemy. At least you can get help from friends and other players online throughout the campaign.

Fallout 3 was a success in both sales and criticism. As usual in the series games, the player takes on a character in an apocalyptic world, in a post-nuclear war. In the specific case of this title, you are the resident of a nuclear shelter whose mission is to find your father. You can play both first and third person. There is character building system, as well as it is possible to evolve attributes, acquire weapons and armor. With a total of 5 DLCs, Fallout 3 is also known for enabling more than one ending to your Campaign.

Following the success of its predecessor, Far Cry 4 invests in the elements of role-playing and maintains the first-person perspective. An interesting addition to this title is the importance of wildlife in gameplay . In addition to being able to hunt animals, the player can be bitten by them, which can lead to death in Hardcore mode. Dying of hypothermia is also a possibility. The game is not as impactful as Far Cry 3 , mainly because Big Boss , Pagan Min, is not as visceral as Vaas Montenegro. Still, this is one of the great games of its kind on PS3. It brings a system of Karma, which gives points or draws them according to the player's behavior.

Heavy Rain is a very iconic game. He follows four characters in a complex plot involving a serial killer who drowns his victims on rainy days. To play, the player must perform movements with the joystick and hit the button sequences. The game has different endings, as the player's decisions can kill all characters, affecting the narrative. The game was a critical hit at the time, even giving rise to a remastered version for consoles of recent generations.

Journey does not bring a common or standard proposal. It was a hit on PlayStation 3 precisely because it offers a unique gameplay . You have no idea what the narrative is, let alone what the purpose is. Basically it is exploring various scenarios in search of reaching the top of a mountain. Controlling a hooded and unnamed creature, we have to solve puzzles and find ways to follow the character's path of self-awareness. You can find other players on this path and can complete the journey together if you wish. Journey has won several Game of the Year awards. It is a contemplative adventure that deserves all the attention and recognition.

We start with a heavy name in every way. Modern Warfare 2 was tasked with being better than its predecessor. Many thought this was impossible, but the mission was successfully accomplished. This is without doubt the best war game on PlayStation 3. The game is frantic from start to finish. In it you take on two fronts, one being a group of counterterrorists, while the other is from Rangers. You go through several missions in the Campaign, which put you in Afghanistan, Washington, the heat of Rio de Janeiro and the cold of Siberia. At the time this Call of Duty was impacting precisely because it had missions set in Brazilian slums. This alone has won thousands of fans, who certainly never failed to follow the other games of the franchise.

It's no use: Talking about PlayStation always means talking about Gran Turismo . After all, this game is one of the great representatives of Sony consoles. And the GT5 was very well received on PlayStation 3. First of all for the 1063 cars that players can collect. Then dozens of clues and gameplay overhauls. What stands out most is damage to cars when they crash. They were minimal, but they brought a little more reality to the experience. Besides them, we can mention circuits that had climate variation. Not many, but the ones who had it were a lot of fun.

All games in the Arkham series are amazing, that no one denies. But Arkham City is on the list because it represents a new direction and a major evolution from the previous title. At least on PlayStation 3, it's considered the best of all Batman games. This is because the map of City is huge. Missions do not have that linear feature of Asylum , allowing players to literally feel the freedom of being Batman. The main campaign lasts about 40 hours, not counting the plots and secondary tasks, such as Charada's. Numerous characters from the Dark Knight comics are present in this game. It's perfect for those who love superhero games and for those who want to spend a long time defending Gotham City.

According to many critics, Uncharted 2 is among the best games ever made. Nathan Drake's second adventure takes this treasure hunter around the world in search of Shanghai. This requires defeating enemies, solving various puzzles, and collecting relics, weapons, and other items. Among Thieves was highly praised for several qualities. The graphics used the power of the PlayStation 3 very well, providing a super detailed look. Gameplay, combat and movement mechanics, and storytelling were much acclaimed by players and critics alike.

Far Cry 3 is among the best FPS games on PS3. He makes the player take control of a tourist named Jason Brody, who got lost on a trip with friends and ended up on an island. Now the mission is to survive the pirates who live there and escape alive from this place. With good RPG elements, Far Cry 3 allows for the creation of weapons and the creation of attack strategies. Different approaches can be taken in this game. Mainly because the map is huge. In this sense, this game is great for those who like to explore land. But of course we could not fail to mention the Big Boss of Far Cry 3 . Vaas Montenegro is unhealthy, cold and calculating, being a frightening and unpredictable enemy. Even today there are those who see him as the best villain in the series.

Although not a game but a collection of three titles, Metal Gear Solid HD Collection deserves to be on the list. It contains the remastering of MGS 2: Sons of Liberty , MGS 3: Snake Eater and MGS: Peace Walker . In other words, only very good games from a previous generation that every fan of the franchise will love to play. This compilation also features two games from an 80's Microsoft platform, the MSX2. The titles are Metal Gear and Metal Gear 2: Solid Snake .

Kratos is back to end his first trilogy with death and blood. In this title we follow the outcome of the epic narrative of the Spartan Ghost as he seeks to complete his revenge on Olympus. With jaw-dropping graphics, tuned gameplay and exciting gameplay , it's one of the great games on PS3. Everything that worked well in the first two games of the franchise is enhanced in GoW 3 . At the same time, however, it is a game that doesn't invent. The combat mechanics and evolution of the spartan's weapons and powers are the same: easy and intuitive. What was not easy was to see the end of the game and have to be without knowing what would be the destination of Kratos.

Red Dead Redemption contains all the important elements of a wild west. Lots of gunfire, nervous cowboys, untamed horses and desert land to explore. Rockstar has done an exemplary job in this title, with a grand open world and a complex and interesting protagonist. John Marston is the typical antihero that all gamers like. Starring one of the most brilliant narratives in the game world , in an unpredictable plot that has won many players. Not only that, Red Dead Redemption received a version with zombies. It adds dozens of quests and new game modes that practically create a game apart. The sequel to the game, released for PS4 and Xbox One, shows that the success was really high.

More than 110 million units sold later, GTA V remains an absurd success. Of course remastering for PS4 and Xbox One helped, but already on PS3 this game broke records. The map is giant, with many details, several easter eggs and a hundred different things to do. We must not forget the main characters of the campaign: Franklin, Michael and Trevor. For the first time in the franchise you can control three characters at once. The missions of each culminate in a bombastic ending to the game, in an almost cinematic crescendo.

The father of all games on PlayStation 3 could not be otherwise. The Last of Us has received numerous awards for the very high quality narrative and depth of relationships developed by the characters. Speaking of them, it's impossible not to get emotional about Joel and Ellie's dialogues. Regarding gameplay , the footprint is perfect for a post-apocalyptic game. The slow pace, with almost no ammunition and almost a stealth obligation, causes enormous strain. The scares and moments of danger are constant. One hardly walks many meters without being injured or even dying. The Last of Us is one of the best games on PS3 and one of the most acclaimed in history. It is a hit both as survival , as a shooter and even as a horror game. Anyway, it's a unique experience that all gamers need to have. Also get to know the best games on PS1 Know which PS2 titles are great Top PS4 Games by Category