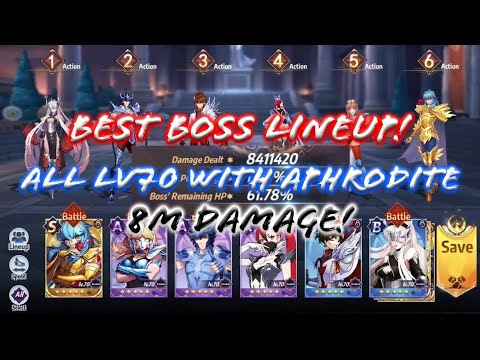 Saint Seiya: Awakening has so many characters that the number of possible team combinations is absurdly large. However, there are always those more effective than others. As the metagame of the game is not yet very developed, at the moment there are only 3 teams that are proven to be the best, and they are the ones we brought here for you to meet. Check out! Attention : if you don't have any knights from the lists below (which will probably happen), try to complete the team with characters with similar characteristics. For example, if you don't have Aiolos, use another strong DPS. If you don't have June, use another defensive support.

This team is primarily focused on defense. The "core" of the team is June and Marin, who together give the team an absurd durability. See Saint Seiya's Tier List: Awakening - List of the best characters Here's how to summon S Rank knights in Saint Seiya: Awakening!

The best offensive team in the game, at the moment, is almost equal to the offensive team, with the difference being that we left June for Luna. This alone brings several different options for the team.